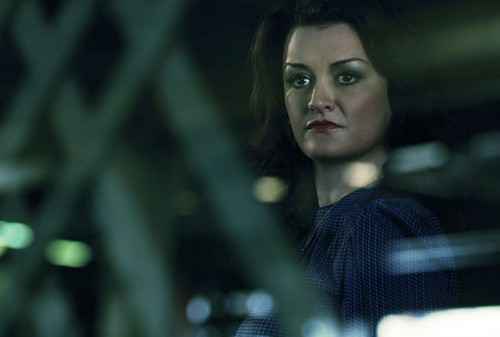 Tonight on FX another new episode of THE AMERICANS is on for you to enjoy. In “Yousaf,” A vengeful old foe returns. Meanwhile, Stan makes an unexpected discovery.

On last week’s Philip and Elizabeth were sent on a mission, when their missions ends up going bad it impacted both of them in many different ways. We got to also learn more about Stan, going more in depth with his personal life.  Did you watch last week’s episode?  If you missed it, we have a full and detailed recap, right here for you.

On tonight’s episode a new mission with international stakes has Philip calling on Annelise for assistance just as an old foe returns to D.C. with a vendetta. Stan makes a discovery that could put the FBI hot on the trail of Illegals.

Tonight’s episode looks like it is going to be a great episode and you won’t want to miss it, so be sure to tune in for our live coverage of FX’s “The Americans” Season 2 episode 10 at 10 PM EST! While you wait for the recap, check out our sneak peek video of tonight’s episode below!

Tonight’s episode of The Americans begins with Phillip and Elizabeth up in the middle of the night. Philip says he is going to apologize to Paige for screaming at her and ripping up her Bible. Elizabeth says he doesn’t have to apologize, Paige was being disrespectful. She tells him that she punished Paige by making her clean the kitchen and mop the floor.

The next day Paige and Henry are getting ready for school and Elizabeth is on the phone. Phillip tries to joke around with the kids, but Paige is still giving him the cold shoulder.

Phillip and Elizabeth meet with their handler and she says the photos they took at the camp were successful and they will be leaked to a South American newspaper. She has a new mission for them, a group of Pakistan Diplomats are meeting in DC, and Phillip and Elizabeth need to infiltrate one of the men named Yousef.

Arkady meets Agent Gaad outside of his house and congratulates him on his reinstatement. Russian police decided to collaborate him on his story. He shows Gaad a photo of the man that was killed and explains that he was his friend. Gaad says he had a friend too, and wen Russians target his friends he targets theirs.

Stan is still combing through the evidence from Emmit and his wife’s murder in the hotel. He is convinced that Oleg had something to do with their deaths. Gaad joins him and tears open Emmitt’s suitcase, it becomes clear that they weren’t just a random family on vacation.

Phillip meets Annelise for dinner, he asks her if she would like to just get a room instead. But, she reveals she is “trying to work thing out with Douglas.” He reveals to her that the Swedish Intelligence needs her. He tells her he would like her to go to a dinner tonight at William Clark’s house and talk to Yousef, he shows her a picture of him. Annelise agrees.

At home later Paige asks Phillip if she can go to Cedar Grove Fellowship Camp during the summer. She will be gone for three months, and she will spend the summer hiking and camping. She doesn’t need any money to go, she plans to be a “counselor in training.” Phillip says he will talk to her mother about it.

Oleg and Nina are sitting in bed discussing their childhoods in Russia. Nine was a Young Pioneer. And worshipped the Stalin pin she had, she missed her life being so simple. Since she came to America it became tangled. Oleg reassures her that she “can do anything.”

Phillip brings up the idea of Church camp to Elizabeth, she wants no part of it. She is afraid Paige will come back a “Jesus Freak.” Phillip thinks Jesus Freak is the least of their worries, at least she isn’t drinking or doing drugs.

Annelise reports back to Phillip after her dinner with Yousef. She reveals that Yousef knows “diddly sqwat.” Yousef’s boss keeps him in the dark and he is number two to Javid.

Phillip meets with his handler and says that Yousef is worthless and he thinks they should shut down the mission. His handler is upset when she learns that Phillip sent Annelise in to talk to Yousef instead of Elizabeth.

Stan and Gaad are researching Emmitt and his wife and their murder case. Gaad is certain that Arkady covered the entire crime up. Stan is interested in their son that lived.

Phillip meets Annelise and she reveals that they are “all set,” and he invited her to dinner in his room tomorrow night. Phillip says he is worried and he isn’t sure that she is ready, Yousef has to talk to her about his work.

Stan pays Nina a visit, and asks her about the murder at the hotel in Alexandria. He thinks they were illegals, Nina says she didn’t hear anything. Stan is convinced that the illegals were here to help Oleg steal Stealth plans from the United States. He breaks down and confesses to Nina that Sandra is having an affair. Nina is confused why he cares-because he is having one too.

Elizabeth is emptying the trash in Paige’s bedroom and she finds a piece of paper that Paige was practicing forging her Mom’s signature on. Paige walks in and finds the Mom in her room, she can’t believe that he Mom was going through her garbage. Elizabeth reveals that she spoke to pastor Tim and Paige is not allowed to go to camp. Paige is furious, she runs out of the room and scoffs that her Mom can’t stop her.

Stan pays Emmitt and Leann’s son Jared a visit. Jared reveals that his Mom was on the PTA and his Dad coached T-Ball. Stan continues to pry and asks him if their parents were keeping any secrets from him. Jared doesn’t like Stan implying that his parents were criminals. Jared reminds him that his sister Amelia was just fourteen. Stan shows Jared sketches of Elizabeth and Phillip in their disguises.

Yousef is having dinner with Annelise in his hotel room, and Phillip is listening through the wall. Suddenly he loses their voices and can’t figure out what is happening, because they are having sex. Meanwhile Elizabeth is in the hotel pool with one of his partners and strangles him to death. Annelise storms into the hotel room that Phillip is hiding in and nearly blows his cover, she demands he pours her a drink. She begins throwing glasses and the lamp at him and screams that he pimped her out. Annelise begins sobbing and he comforts her and apologizes and says he doesn’t take lightly what she had to do.

Phillip arrives at home and finds Elizabeth smoking in the kitchen. He warns her that the kids will smell it.