BY Amanda Austin on January 19, 2014 | Comments: one comment
Related : Recap, Television, The Bachelor 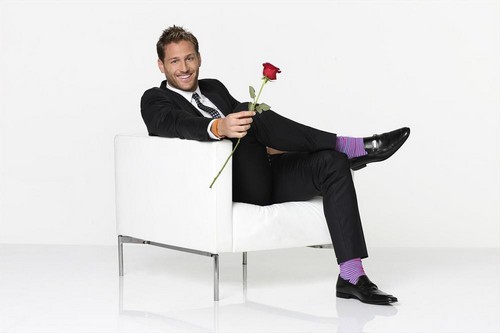 Tonight on ABC we are getting the third THE BACHELOR special and tonight’s episode is called, “The Bachelor: Bachelor Love Stories.”  On tonight’s episode romance is in the air and we will follow couples who found success wit love, including the franchise’s original Bachelortte Trista and Ryan Sutter as the duo renews their vows.  Did you watch last week’s episode 2 of The Bachelor?  We did and we recapped it right here for you.

On tonight’s show successful past couples from “The Bachelor” and “The Bachelorette” share details about their romantic relationships. Included: Desiree Hartsock and Chris Siegfried; Ashley Hebert and J.P. Rosenbaum; Jason and Molly (Malaney) Mesnick; and Ryan and Trista (Rehn) Sutter.

However, this night of romance is just the beginning, as America prepares for the wedding of the year between Sean Lowe and Catherine Giudici. Bachelor Nation’s newest sweethearts will not only reminisce about their own journey to find love, but also will tour their gorgeous Southern California wedding venue and luxurious honeymoon suite as they gear up for their own live wedding special

The Bachelor: Love Stories starts off in Seattle, Washington with Desiree and Chris (The Bachelorette Season 9). According to Desiree the happy couple are like “high-school sweethearts.” After Season 9 of The Bachelorette, Desiree relocated from California to Washington to be with her fiancé. Desire thinks she is “going to be with him for at least fifty years.”

Up next is a look at Jason and Molly’s life, the happy couple were married after they appeared on Season 13 of The Bachelor. Despite the fact that their wedding was a near disaster, and there was a torrential downpour during their vows, they managed to come out on top. They have added a new addition to their family, a daughter named Riley. They are close with Desiree and Chris, and the couples spend a lot of time together.

DeAnna, of The Bachelorette Season 4, is no longer with the winner of her season. But, she did meet Michael from Jillian’s season of The Bachelorette. She didn’t hit it off with Michael, but he introduced her to his twin brother Stephen. Stephen and DeAnna are currently expecting a baby girl. They joke that “Chris Harrison will be their midwife.” They are excited to welcome their new baby into the world.

Ashley and JP, of Season 7 of The Bachelorette, also tied the knot after their appearance on the series. Ashley and JP are both working full-time, and “settled in Princeton.” They want to move closer to New York City though. Ashley has baby fever, she desperately wants to start popping out babies, she “already has her nursery planned.”

Trista and Ryan are preparing to celebrate their ten year wedding anniversary. They happy couple met on Season 1 of The Bachelorette. Despite the fact that they met on a television show, they live a “perfectly normal life,” with their four year old and six year old.

Despite their fairy-tale wedding, every day of their marriage hasn’t been perfect. Believe it or not, even Trista and Ryan fight sometimes, and have “rough moments.” But, they manage to always work out their differences and “rise above” the conflicts. Ryan wants to thank Trista for their ten years together, so he presents her with a gorgeous diamond ring. They plan to renew their vows and recommit to each other, to show their children are happy they are together.

Trista and Ryan will be renewing their vows in Colorado with a room full of their family and close friends. Trista’s son will be escorting her down the aisle this time. Instead of repeating traditional vows, they will be reading their own vows. Ryan has chosen to just re-read the vows he read to her ten years ago, instead of writing new ones. He thinks now that they have spent ten years together, the vows will hold more meaning then they did before.

Up next is a look into the lives of Sean and Catherine, of Season 17 of The Bachelor. The couple will be married in exactly one week on live television. Catherine and Sean both think they officially fell in love during their 1-on-1 date to the ice-castle. Sean and Catherine have picked out a beautiful venue in Santa Barbara for their nuptials to take place. They have already scoped out the Honeymoon Suite, and the bed they will spend their night in. Sean and Catherine have been waiting for their wedding night to sleep together.