The Bachelor Juan Pablo Deems the ‘Exes Tell All’ Us Weekly Cover Ridiculous, Mocks it via Twitter alongside Baby Mama Carla Rodriguez! (PHOTO) 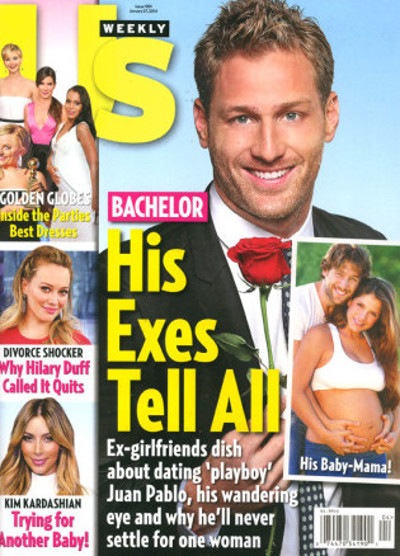 The Bachelor Juan Pablo has basically deemed the new “Exes Tell All” Us Weekly cover ridiculous and even made an effort to post a response to the tabloid on his personal Twitter account. The response consisted of a dry message alongside a photo, which features Juan Pablo chilling beside his baby mama Carla Rodriguez, who’s devouring the latest issue of the tabloid. The magazine published a photo of Carla on the front cover, insinuating that she’d be quoted in the interior article, but she’s not quoted once. Instead, there’s a slew of random “sources” claiming to be Juan’s disgruntled exes.

“Ex-girlfriends dish about dating ‘playboy’ Juan Pablo, his wandering eye and why he’ll never settle for one woman,” the magazine reports on the cover. Juan replied to the ridiculous story with the following message: “Camila’s MOM and I ENJOYING the ARTICLE of @usweekly.”

In another wry tweet, the soccer player said, “According to @usweekly I am El Bachelor BACHATERO.” Apparently, “Bachatero” basically means playboy bachelor when translated into English from Spanish.

What do you think? Do you think Juan Pablo Galavis could ever be a playboy or a bachatero? How could someone who participates on a show like The Bachelor EVER be considered a player? It just doesn’t even make sense, does it? Gags. After all, Juan will connect with the love of his life on this show — and we can’t wait to hear what his exes have to say about it.

Pick up a copy of the magazine and let us know if you trust the tab’s sources! 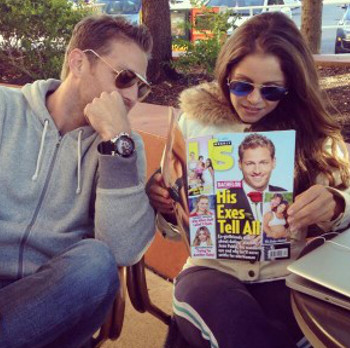