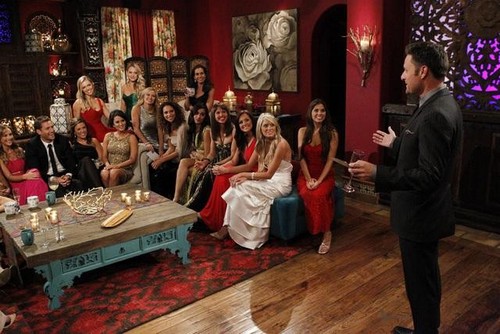 Tonight on ABC ahead of tomorrows season 18 premiere we are getting a special BACHELOR episode called, “Countdown to Juan Pablo.”  Tonight to get us excited for tomorrow night’s premiere we get to follow a day in the life of Juan Pablo, meet Juan Pablo’s daughter, Camilla, and go behind the scenes at casting for The Bachelor.

On tonight’s show Viewers we will get a more in-depth look at our newest Bachelor, the sexy, single dad, Juan Pablo Galavis. It’s an exciting sneak peek into Juan Pablo’s everyday life in Miami, his family and his endearing relationship with his four-year-old daughter, Camila.  The special will highlight a day in the life of this sexy former professional soccer player and dedicated father on his home turf. We will also meet his devoted parents, loving siblings and cousins as they share stories from his childhood growing up in Venezuela.

Tonight’s preview of The Bachelor, “The Count Down To Juan Pablo” opens with a behind-the-scenes sneak peak of how Juan Pablo’s potential fiancés are cast for the series. The process starts with home-made videos that possible contestants mail in. After the producers weed through all of the wierdos they bring in their contestants for in-person interviews. The girls are thrilled when they learn that Juan Pablo is The Bachelor the producers have chosen to appear on this season.

Once the producers have chosen the 25 women that will be competing for Juan Pablo’s heart, they head out to their hometowns and surprise them with a rose and the good news. The girls are ecstatic, you would think that Ed McMahon was knocking on their doors. One of the contestants, Christy, says that “Juan Pablo is by far the hottest bachelor they have ever picked.”

Up next is a preview of how Juan Pablo has been preparing for his season of The Bachelor. He has been hitting the gym every day, and visiting his personal trainer, and he has been working on his English and practicing speaking slower so that we at home can understand him. For those of you who aren’t familiar with Juan Pablo, he was born in the United States, and moved back to Venezuela when he was 2 years old. He lived there until he graduated from high-school, and he returned to the United States to go to college in upstate New York. His four year old daughter Camila is his “Valentine forever,” and “there isn’t anything he wouldn’t do for Camila.” One of the most important things in Juan Pablo’s life is his family, and that includes his Mom, Dad, Brother, Aunts, Uncles, and Cousins. They have family get-togethers every weekend in Miami. Before he leaves for The Bachelor, his family gives him some advice. His cousin Isabel thinks he should keep his shirt on so that he can actually get to know some of the girls. His cousin Ivan wants him to make sure he brushes his teeth in-between make-out sessions. Saul, Juan Pablo’s father wants him to be “open-minded” and keep Camila in mind when he makes a decision. He is excited for Juan to find him a “nice daughter-in-law.”

Before the end of the special Bachelor episode, a tribute is paid to previous Bachelor contestant Gia Allemand who appeared in Season 14 of The Bachelor, and passed away in August of 2013. Her cast-mates share their fond memories of Gia, and have recorded video messages in her honor. The producers also put together a beautiful slide-show of photos of Gia from the time she was born up into her days on Season 14 of The Bachelor. After the slide-show, Gia’s mother Donna, speaks about her daughter’s suicide and how much she misses her, and suicide prevention.

“The Count Down To Juan Pablo” closes with a sneak peek of The Bachelor Season 18, and it looks like we are in for a ton of drama and tears this season.