BY Amanda Austin on November 3, 2014 | Comments: one comment
Related : Recap, Television, The Blacklist 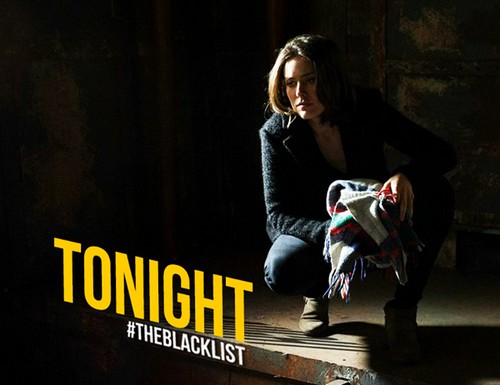 Tonight on NBC their criminal drama, The Blacklist starring James Spader continues with an all new Monday November 3, season 2 episode 7 called, “The Scimitar.” On tonight’s episode a devious hit man targets an important American scientist in the wake of an Iranian nuclear scientist’s assassination. Meanwhile, Keen [Megan Boone] tries to collect intelligence on Berlin, and Red [James Spader] connects with a food-truck worker.

On the last episode when a mutilated corpse washes ashore, Agent Liz Keen (Megan Boone) consulted Red (James Spader) over what he knew about the deadly underworld of wildlife poachers. Meanwhile Agent Donald Ressler (Diego Klattenhoff) developed a dangerous habit. Did you watch the last episode? If you missed it, we have a full and detailed recap right here for you.

On tonight’s episode when an Iranian nuclear scientist is suspiciously assassinated, a revenge ploy begins against a valued American. Red (James Spader) informs agents Keen (Megan Boone) and Navabi (Mozhan Marno) that a dangerously conniving hitman “The Scimitar” (guest star Waleed F. Zuaiter) has been sent to the job. Liz and Ressler (Diego Klattenhoff) find themselves in a tricky predicament as they investigate a surveillance lead. Agent Keen attempts to gather information on Berlin (Peter Stormare), while Red finds company with a woman working at a food truck.

Tonight’s episode of The Blacklist begins with Samar hooking up with a man that she met at a bar, a few moments later the man flies out of her hotel room window and falls to his death on a parked car.  Meanwhile, Liz is on the boat where she is holding Tom hostage, she screams at him that she wants a name.  He whines that he is going to freeze to death down there, he finally gives up a name and says Sevan Malkolf runs arms for Berlin and he can set up a meeting.

Red summons Samar and Elizabeth, he says he needs to talk about a Persian business man that met a woman in a bar and then a few minutes later he falls from his death over a 12 story balcony.  Samar says that Nisan committed suicide – and she can’t comment on Masad operations.  Red says that regardless of what happened, Nisan’s people are not happy and they have hired a hit man named Cimitar to strike back.  Red reveals that the infamous hit man is already on American soil.

Harold meets with the warhead design team ad thinks that the Cloud Top nuclear mission is in danger and Cimitar will go after their valuable scientists.  They agree to put two of the scientists in protection, but the third is currently teaching a class at Duke and they don’t want to pull her.

Liz gets a text from one of her men on the boat, and he says that the boat was just inspected at the pier and they need to move it or move Tom because they were almost caught.  Liz heads inside and Tom says he got her a meeting and begs her to let him free – she refuses and leaves.

Liz meets with Tom’s contact Sevan, he informs her that he can’t give up Berlin.  Liz says that if he doesn’t give up Berlin, she will put him on the FBI’s Most Wanted List, Sevan caves and says he will set up a meeting.  Liz informs Red she has a meeting with Berlin, he thinks that Tom is her source, but Liz reminds him that she killed Tom.

Back at the office they get a lead on Cimitar, and think that he may be at a construction site.  They arrive and the office is abandoned, but they find files on Agent Jonathan Reese, they have been following him and logging his movements to find the most vulnerable time of attack.  Reese is in charge of protecting the scientists at Cloud Top.  They go through the files and realize that Cimitar is about to attack him on his daily walk in the park.

Liz and Ressler rush to the park and find Reese, while they are trying to get him in the car someone opens fire on them.  They all manage to get in the car safely and begin driving away, but the shooter chases them on a motorcycle and begins shooting in the windows.  Ressler loses control of the SUV and it begins flipping down the road like a tumbleweed.

Liz wakes up in a hospital bed and a doctor informs her that her arm is broken, and she might need surgery.  Ressler has suffered serious head trauma and they are waiting for CAT scans on him.  Liz calls Harold and warns him that the Aranians got John Reese.  Harold tells her to rest east and says that they are on their way to the DOD speech to take the Cloud Top scientist Amelia in to custody before the Cimitar gets her.  After Harold hangs up, Amar informs him that the hospital has no record of receiving Ressler and Liz, and he checked with the department of security and there is no agent named John Reese.

Harold and Aram put two and two together and realize that saving John Reese was all a hoax and the Iranians have Ressler and Liz.  At the hospital Liz realizes she isn’t at a real hospital and her arm isn’t broken.  She takes down the nurse and wakes up Ressler, who also has fake injuries.  She and Ressler begin trying to find their way out of the building.

Meanwhile, Red is meeting with Zoe, who has no idea she is his daughter.  While they are eating lunch, she realizes that he drugged her.  He reassures her he isn’t going to hurt her and puts her in to his car.

Samar calls Red and fills him in on the Iranians capturing Ressler and Liz.  Red reveals that the reason he brought the case to them is because one of the members of Cimitar is the man that killed her brother in the bombing.  Samar and Red pay her contact Ali a visit, and demand to know how to contact Cimitar.  He reveals that Cimitar contacted him and asked to use one of his warehouses.

Liz and Ressler are in the warehouse, hiding in the dark hallways.  The man who lied and said he was Dr. Rivera is chasing them, Liz makes her move and tackles Rivera – and at the same time Samar arrives and rescues Ressler and Liz.

Harold and the rest of the agents head to the event where Amelia Collins was supposed to speak.  They realize that she has already been taken from her room.  The Cimitar drives by the building and opens fire on Liz and her team, no one is injured.  The Iranians get away, but in the chaos they left behind Amelia in a suitcase.

The Cimitar heads to Ali’s house and when he arrives Red is sitting there waiting for him.  Samar arrives and finds Red sitting there with Cimitar tied up and gagged.  Samar says she will call it in, but Red says she doesn’t have to, he is a gift to her.  Red receives a phone call from Liz revealing she has a location on Berlin.

Harold receives a phone call that they found a body in the harbor – Liz heads there and confirms it is Cimitar, he was executed and shot point blank range in the head.  Afterwards she heads to the boat to see Tom, she reveals that his tip to Sevan looks like it is panning out.  Tom tells her that she needs to set him free, she can’t kill him because she won’t be able to live with it the rest of her life.  He says if she is going to kill him, she needs to do him a favor and “look him in the eyes when she does it.”

Red meets with Berlin, and says that Liz gave up his location.  Red says he has come to clear up the misunderstanding – and he didn’t kill Berlin’s daughter.

He pulls Zoe out of his car and asks Berlin if this is the daughter he is referring to – because Zoe isn’t Red’s daughter, she is Berlin’s daughter.