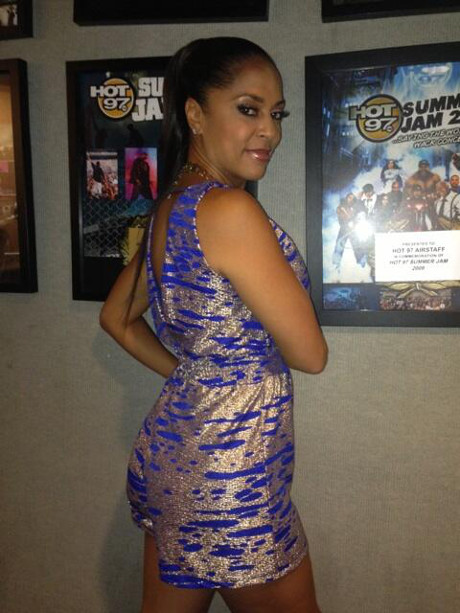 The Game and his fiancée, Tiffney Cambridge, are already having problems. And the LA County Sherriff’s Department has gotten involved. The Game is under investigation for domestic violence. TMZ is reporting Tiffney filed a police report last week based on an incident that occurred on March 19th. The couple got into a heated argument and things got physical. Tiffney claims The Game violently attacked her.

According to the report, Game repeatedly hit her in the face. The attack was so vicious it left Tiffney with a damaged eye socket and a broken nose. The police reportedly took photos of the injuries but have not yet released them. Sources admit there was an altercation between the two, but the rapper denies ever hitting his fiancée. “I don’t want to give fuel to these false accusations, but the truth will definitely come out. I am always looking out for my children’s safety and have never laid a hand on Tiffney,” he told TMZ.

The Game and Tiffney currently star on the VH1 reality show “Marrying The Game.” The new season begins in May. However, the rapper was recently rumored to be hooking up with Khloe Kardashian after her failed marriage to Lamar Odom. Both denied the rumors, but he did admit to sleeping with Kim a few years ago.

Is Khloe the reason for the tension between Game and Tiffney? Tell us what you think and leave a comment.