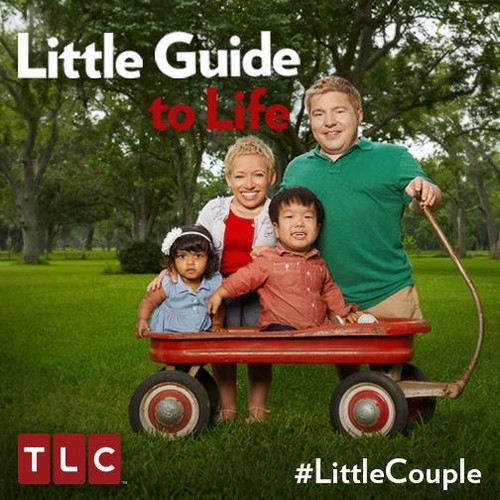 Tonight on TLC The Little Couple returns with an all new Tuesday December 2, season 7 premiere episode called, “Have a Little Faith,” and we have your recap below.  On tonight’s episode, after a year of extreme highs and lows, the Little Couple is ready to enjoy everyday life.

On the last season six finale, Bill revealed the vow renewal he had been planning and high winds put the ceremony in jeopardy.

On tonight’s episode as per the TLC synopsis, “after a year of extreme highs and lows, the Little Couple is ready to enjoy everyday life. First, they’re off to Florida for the long-delayed baptism of Will and Zoey. Afterwards, they hit the road again, heading to Washington D.C.”

It’s been six months since Jen’s last chemo treatment and subsequently she has luckily remained cancer free. So life is looking good for the Little Couple. They now have time and energy to keep up with their toddlers. Will has recently turned four and Zoe is two. Which means at the moment the kids are halfway between the cute toddler phase and “I need a break from these kids” phase.

And what with Jen looking healthier, she thought her and Bill would have no trouble running after their kids. However Bill had problem with his back from before they even adopted their son. And according to doctors he might have pushed off treatment for too long.

Way back when, Bill was trying to get into shape and hit the gym. But he didn’t know how to go about it the right way. Hence he ended up injuring himself and causing more harm than good. And he doesn’t seem like he wants to fix it anytime soon.

Rather than pursue treatment, the family headed down to Florida so that they could baptize their kids along with their cousin. Religion is of course a very important undertaking and technically they had already stalled going through with the process because Jen was so sick. Plus there are benefits in having a joint baptism. It saves their families from having to travel more than once. Yet it wasn’t safe that Bill’s treatment just kept being pushed back.

Also the family didn’t fly home right after the baptism. They stopped for a detour in Washington D.C. Jen’s hospital had asked them to speak to congressmen about possible funding for children healthcare. And the couple couldn’t save no. They have kids themselves that will most likely need some form of medical care every few years and that simply comes from their condition of being born as little people. So the cause was very dear to their hearts.

But after the speeches were all done, the family decided to tour the nation’s capital. They wanted to show their kids all the American landmarks. Neither Will nor Zoe were born in the US so instill some of the American values was very important to their parents. Though Bill’s back kept acting up. It was hard to pick up the kids and  they are still little. After a while all kids wants to be picked up!

The adults took the kids on a pirate ship ride and their daughter Zoe only found out she was scared of pirates after the fact. So the trip turned out to be somewhat of a bust. Their son had fun but their daughter was left unhappy. And so Bill swore the next time they do anything it would be for Zoe.

Though the next time a trip that was planned was for Bill. Bill finally flew out to New York and got his back checked after injuring it over two years ago.

And what he found out is that a hernia is pushing on his spinal cord. If that doesn’t get that fixed and soon then there will be more damage to the area until eventually Bill might wound up using a wheelchair. So the doctor told him they would have to do a spinal decompression. But the procedure, like any other, comes with risk. Bill’s back wasn’t OK to begin with so there’s a slight chance he would still end up in a wheelchair no matter what the doctor does.

When Bill came back home, he had brought gifts for the kids. He had used the time in between his MRIs to do some shopping and at the time he simply wanted to think about his kids. So he didn’t discuss his prognosis with his wife at first. He just started playing around with the kids until Jen’s worries drove her to push her husband for answers.

He told her what the doctors said and he did his best to put his condition in a positive light. Because, really, Bill’s biggest concern is becoming a liability to his family. And so he didn’t want Jen to have the same fear. But she is scared for her husband.

They both know his condition could have some pretty lasting effects!