The Miz: Will He Ever Truly Get Over in the WWE Universe? 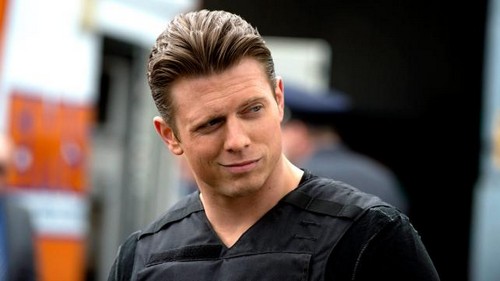 If you frequent any of the forums in WWE professional wrestling, The Miz is almost always sitting at or near the top of everyone’s most hated list. Being a heel, that is not necessarily a bad thing but it is far from that simple. Miz being hated is not like Randy Orton being hated. He is not hated because he is a heel or because he is over with the crowd. Miz is just simply hated.

As an admitted Miz fan, I often have wondered why the Internet wrestling community despises this guy so much. Why is it that The Miz gets “X-Pac heat” while others, who clearly deserve it more, get a pass? Let’s take a look at the arguments as to why The Miz is so hated these days:

The Miz was pushed too soon – Even I, as a Miz fan, agree with this sentiment but I have a different outlook on the situation. The Miz was pushed to the main event in WWE WrestleMania almost immediately after becoming a single’s star. He had main event experience as a tag champ with Morrison, but he was not ready for the headline of WrestleMania against John Cena. With that said, how exactly is that his fault?

Let’s remember that The Miz ran with that ball and took it as far as booking would allow. Some things are outside of your control and you have to make the best of it as a wrestler. The Miz did what he could.

The Miz is an A##-Hole – Ahem…that is his job! His character requires that he act in a certain manner and he does it well. Many of the greatest pro wrestlers in history stayed in character all the time for continuity reasons and so that they stayed on top of the role. The Miz works hard to be a jerk and gets bashed for it. Haters are going to hate I guess.

The Miz was given everything too easily – For anyone that knows the Miz’s history, they know this is bull. He worked his tail off to get to where he is and paid his dues like every other wrestler. Although the Miz was pushed too hard, he was not given something he did not deserve. The guy had haters in the locker room for a very long time, yet he persevered. I find that admirable. We all know what it is like to be pigeonholed and by all accounts, the Miz was.

The Miz used his celebrity to get ahead – Yes he did and he would have been a fool not to. Anyone that would be angry at the Miz for leveraging his notoriety from The Real World and other shows is just being a hater. Why wouldn’t he? The Rock uses his WWE star power to get movie roles and countless other similar examples exist. Why hate on the Miz for doing the same thing. He had a love for pro wrestling and used his abilities and star power to make it happen. Good for him.

So, the question remains…Will the Miz ever truly get over?

In my opinion, he already is.