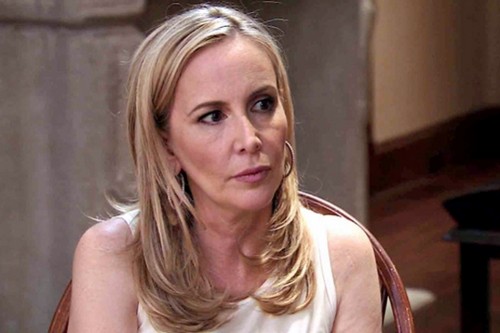 The Real Housewives of Orange County returns to Bravo tonight with its ninth season premiere.  On tonight’s episode called, “Hawaii 5 Uh-Oh,” in the season opener, Vicki finds her life in turmoil once again. Newcomer Shannon invites Heather to her house, while Heather invites Vicki and Tamra for a girls-only trip to Honolulu.

RHOC returns for another juicy season and this season This season, long term friendships are put to the ultimate test as veteran Housewives Vicki Gunvalson, Tamra Judge, and Heather Dubrow are joined by two new ladies — the quirky yet fearless Shannon Beador and the opinionated former beauty queen Lizzie Rovsek. The new housewives come in strong to shake up the status quo with their fresh attitudes and bold opinions. A new friend of the housewives, Danielle Gregorio, also finds herself caught up in the drama going down behind the gates of SoCal’s wealthiest community.

On tonight’s episode in the season opener, Vicki finds her life in turmoil once again, as her divorce from Donn is finalized and she struggles to move forward with Brooks after his controversial clash with Briana at last season’s reunion. Newcomer Shannon gives Heather a peek into her quirky lifestyle choices. Heather invites party girls Vicki and Tamra for a girls-only weekend trip to Honolulu following her guest role on “Hawaii Five-O,” but tensions arise when the dynamic duo are met with resistance when they try to get Heather to lose the fancy pants.

The ladies are back for a new season and a lot of things have changed. There are the old faces and some faces that are missing. Such as Gretchen and Alexis. Alexis’s disappearance wasn’t really explained, but Tamra isn’t exactly mourning her former BFF departure. It seems she and Gretchen fell out and now according to her – Gretchen is dead to her.

Although it doesn’t really matter anymore seeing as she’s back to being friends with Vicki. It’s Vicki, Tamra, and Heather against the world though Heather has admitted to sometimes feeling like the third wheel. Her relationship with both of them is great when its one on one, but she feels drowned out when it’s all three of them at once.

And to add to Heather’s woes is her house situation. She and her husband are building their dream home and in the meantime their staying in a much smaller house than they’re used. Terry isn’t coping with the new living arrangements well. He claims the kids are everywhere and that there’s no more quiet time or alone time.

But Heather is closely following the new house progression and to make the transition easier – she’s even introducing herself to her new neighbors. And that’s how Heather met with the newest housewife.

Shannon Beador is a married mother of three. And her house is huge. There is literally everything you ever want located somewhere inside and that’s because she said she like the utilized the space and leave nothing bare. So there’s the family and the catering kitchen. Then there’s basketball court and the secret room compartment for her daughters.

Yet Shannon is a little bit out there. Possibly further than Alexis or Vicki were ever rumored to be.

Not only is she very green – some could say almost religiously so – she’s cooky. Shannon admitted testing her twin daughters after they didn’t act like twins when they were born. She also confessed on cameras that her husband didn’t want any more children after the first one. That probably shouldn’t have been said to with two other children (the twins) around seeing as they are old enough to google.

Though she tries to be a good mom. Shannon knows her kids are extremely privileged and so she teaches them that they can’t always get what they want. Like she hasn’t allowed her eldest to have a cell phone, but her children are trying find ways to work around her. They’re demanding minimum wage for doing chores.

While Vicki has gotten so lonely at the house that she’s allowed an employee to temporarily live with her part time. Her daughter’s family had move out and Vicki knows that she doesn’t do single well. Plus she’s in limbo with Brooks and she needed someone there so in walked David.

David appears to be a good kid and Vicki trust him enough to leave him alone at the house as she flies out to Hawaii for Heather.

Heather got a part on Hawaii 5-0 and her friends are joining her out there to hang out. Tamra is going and it will be nice or her to get a break. She’s been busy with opening her new gym and after several months they’ve managed to break even.

That’s especially hard for new business and yet she and her husband pulled it off within a year. So Hawaii is a well-deserved treat. Though Vicki and Tamra wondered if they can this make this vacation even better trip by somehow managing to get their friend drunk.

Heather is a control freak. There is no doubt about that and the ladies are hoping to loosen her up with some alcohol.

Still they were enjoying dinner when Tamra and Heather brought up Brooks. They want to know what the states of Vicki’s relationship to him. But is this asking for trouble or are right about getting worried?