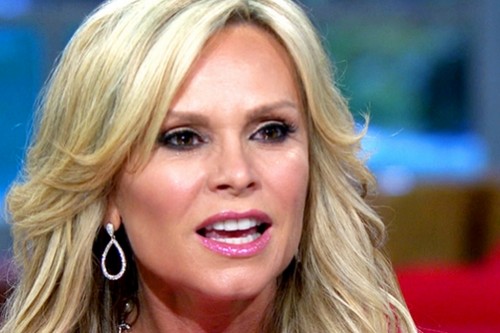 The Real Housewives of Orange County returns to Bravo tonight. On tonight’s episode called, “Reunion Part 2,” there are laughs, tears and tirades in part two of the reunion as Shannon explains her holistic ways as only Shannon can do.

On the last episode in part 1 of the reunion, the ladies came face-to-face to deal with the hot issues that conflicted of the season. Lizzie clashed with Tamra while Heather and Shannon delved into their tumultuous, rollercoaster relationship, with Terry and David joining the fray to address their on-going issues. Tamra opened up about Ryan’s sudden life-changing decision to move away. Plus, Vicki Skyped with Briana and the ladies get to see Vicki’s new grandchild. Did you watch last week’s episode? If you missed it we have a full and detailed recap, right here for you.

On tonight’s episode there are laughs, tears and tirades in part two of the reunion as Shannon explains her holistic ways as only Shannon can do. The ladies argue over whether Lizzie is more drama queen than beauty queen, and the gloves are off when Tamra faces her accusers on whether or not she’s to blame for much of this season’s conflicts.

RECAP: Tonight’s reunion episode begins with a segment on Shannon’s holistic leanings. She explains that she is actually very balanced and that having a green home makes her not feel guilty about coloring her hair. Shannon claims that she is actually a lot calmer since returning from Bali. We quickly move on to Lizzie and her affect on this season. We revisit how she and Vicki clashed at first and how they ended up working things out. We also get a glimpse at how Tamra hurt her by blowing off her birthday. Is it just me or does Tamra look like she is absolutely seething every time the camera is on her? She just doesn’t look like she’s in a good place at all.

Early in the season we watched Tamra try to convince Eddie to have a baby. Now that some time has passed she is glad not to have to get up for 2am feedings and for the slight resentment that would come from watching Eddie leave everyday while she was stuck with a baby. We flash over to Shannon’s marriage to David. When we last saw them it was a mess but in the months since taping has finished things have improved radically. They have gone on several trips together alone and they now sleep together every night.

Was Heather condescending and pretentious this season? A lot of fans as well as some of the other ladies definitely did. Ironically both Vicki and Tamra admitted that they were way to hard on Heather this season. One of the biggest problems of the season was Tamra talking out of both sides of her mouth. Andy rolls video of a lot of Tamra’s double talk and this is going to go downhill fast. Tamra and Vicki instantly get into it over Brooks. I think Vicki actually hits the nail on the head when she asks Tamra why she looks so miserable when she claims to be happily married. She thinks that Tamra starts trouble because she can’t stand to see anyone else happy.

Tamra is pretty much losing her mind on the stage and when Andy asks if she feels guilty about talking badly about everyone the only one is Shannon. She again apologizes to Shannon and while Shannon accepts it she makes it clear that they’ll never be friends. Meanwhile Tamra keeps insulting Lizzie and divulges that her kids hit her and that she threatened to leave her husband. Eventually as Tamra is rambling something about Vicki, Heather gets up and brings tissues to Lizzie. Andy interrupts Tamra to address Lizzie and again Tamra goes in on her. Lizzie calls Tamra a bitter old lady and on this particular night I have to admit that is what she looks like.

Andy closes out the hour by asking what the ladies have learned and Tamra has learned to shut her mouth. Andy says that it has taken 9 seasons for Vicki to come full circle and be the voice of reason. Tune in next week for more of The Real Housewives of Orange County’s reunion!