The Vampire Diaries Spoilers Season 6 Episode 6 and Synopsis: Preview Video Photos “The More You Ignore Me, the Closer I Get” 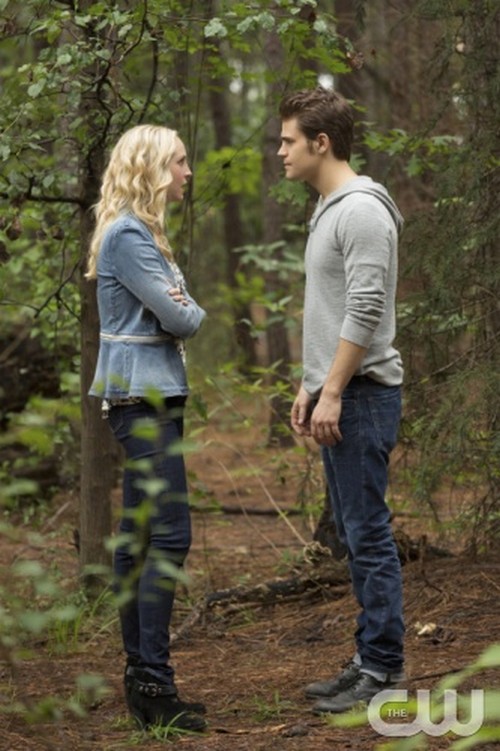 The Vampire Diaries spoilers for Season 6 episode 6 promise some great action and intrigue on next week’s show. Tonight’s on CW my favorite series, The Vampire Diaries aired episode 5 and it was all sorts of intense, Elena doesn’t want her memories of Damon back but she may need them since he’s finally back from the dead. Stefan’s off the rails but the return of his brother just might save him.  We cannot wait till the next episode. Good news, we managed to get some juicy spoilers and a sneak peek video of “The More You Ignore Me, the Closer I Get”  for your enjoyment below while you wait for it to air November 6th, 2014!

On tonight’s episode with Homecoming around the corner, Elena invited Liam to attend a party at the corn maze with her. Instead of attending the homecoming festivities, Caroline was preoccupied after Stefan showed up unexpectedly and needed her help cleaning up a mess created by Enzo. Heeding Elena’s advice to be more social, Alaric reluctantly attended the party, but a devastating accident quickly left him and Jo rushing to save lives. Elsewhere, Tyler found himself in a dangerous position when his werewolf curse was put to the test, and an emotionally embattled Stefan came clean to Caroline about his intent to move on from Mystic Falls. Lastly, Damon and Bonniemade  an important discovery that affected their quest to get back home.  More happened!  Did you watch tonight’s episode?  We did and a lot more happened, check out our nifty recap, here!

Spoiler alert: If you’re one of those people who doesn’t like spoilers, stop reading now! We have some juicy spoilers for you about the season  6 episode 6 of CW’s “The Vampires Diary.”

Official CW synopsis: “A RESCUE IN THE NIGHT – When Alaric (Matt Davis) realizes that Jo (guest star Jodi Lyn O’Keefe) can’t be compelled, he asks Elena (Nina Dobrev) to do some digging into her background. After learning that Enzo (Michael Malarkey) has been captured by Tripp, Caroline (Candice Accola) teams up with Matt and Stefan (Paul Wesley) to rescue him before Tripp learns their true identities. Armed with some new information about her past, Sarah (guest star Gabrielle Walsh) breaks into Tripp’s (guest star Colin Ferguson) office and is surprised when she finds Matt (Zach Roerig) there, doing some investigating of his own. Meanwhile, Elena is forced to deal with the consequences of her actions, and Jeremy (Steven R. McQueen) hits rock bottom, lashing out in a destructive way. Lastly, Damon (Ian Somerhalder) is determined to take matters into his own hands when he receives some upsetting news.”

The Vampire Diaries Season 6, Episode 6 “The More You Ignore Me, the Closer I Get” airs on the CW on November 6th, 2014. Check out the preview video & some photos from episode 6 and let us know in the comments below what you think!