The Walking Dead Season 5 Spoilers: Does Beth Greene Die – What Will Her Fate Be? 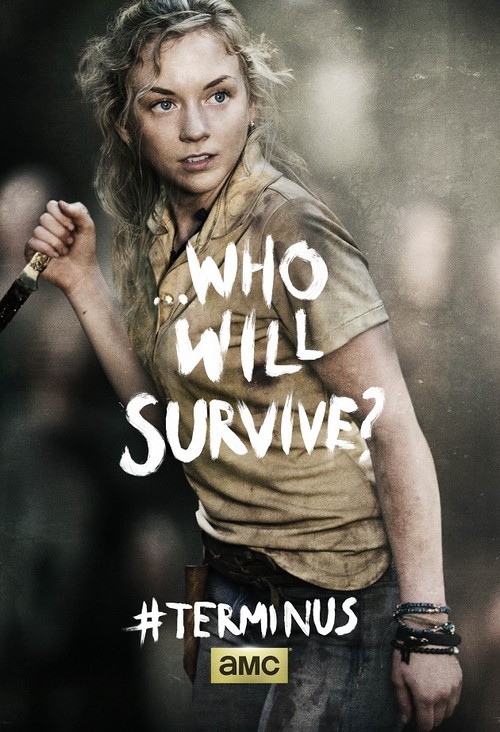 Emily Kinney, Beth Green, the sweet little sixteen year old gal that has grown up before our eyes on the The Walking Dead, is missing and spoilers tell us nothing! After having been kidnapped near the end of season 4, everyone has been bouncing around ideas as to what has happened to her? Now, with the The Walking Dead season 5 spoilers are coming as the show is right around the corner, those predictions are amping up even more.

What happened to little Beth Greene? What will happen with her in the future. She has been billed as a regular during Walking Dead season 5 but that means little on this unpredictable television drama from AMC. Regulars seem to die all the time. Zombies are all around after all.

If Walking Dead has proven nothing else, they have proven that nobody is safe. From Shane to Dale to the Governor, no character is untouchable when it comes to life and death. The last time I thought someone was safe, Herschel got beheaded and the entire show flipped upside down. What could possibly be worse than that?

For some reason, I think Beth dying will bother me more than anyone. Beth has been the last little slice of innocence in this macabre world. She still seems a little more human than monster and that is welcome on a show that is so heavy. It is needed.

I think that Beth Greene is going to end up being a powerful force that is in the same vein as Andrea from the Walking Dead past. Beth showed signs of extreme strength and weakness invariably so it is tough to gauge where they will go with it. Greene is solid as a character that people want to see, so she likely will be around at least for a bit.

My hope for Beth is that she will come back as a stronger character. Her genuine spirit and love for others has made her a personal favorite but I worry for her character’s survivability. She is light years away from where she was when it comes to fighting and so on, but she still lacks that ferocious nature needed in a world full of flesh eating zombies. Beth needs to get a new attitude while still keeping the humanity that has made her so popular.

As for where she is and who kidnapped her, I am guessing it might be related to Terminus. It would not surprise me to find out she was a victim before the others were ever put into the train car. Perhaps she will play a pivotal role in saving the others. Perhaps she will need to be saved by the others. Who knows?

That is at the very center of what makes The Walking Dead the best show on television in my view. The stories are so good that you watch in spite of the disgusting nature of what is happening. Zombies never got such good PR did they?