BY Cate Meighan on February 14, 2014 | Comments: 60 comments
Related : Soap Opera, The Young and the Restless 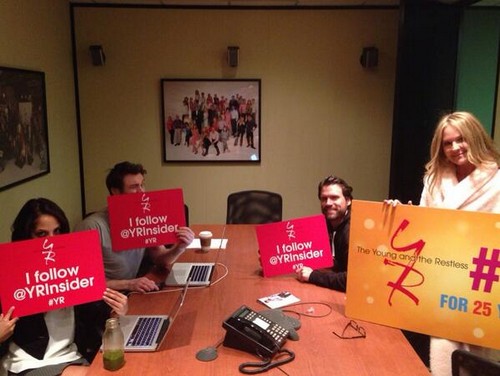 It has been a couple of weeks since both Billy Miller’s and Michael Muhney’s characters on The Young and the Restless left Genoa City. Many longtime fans insisted that they would leave the show beginning the month of February with new viewing habits that no longer meant devoting an hour a day to Y&R. I think we have all been anxious to see the first set of numbers to come out after both actors left to see if the fans would actually act on their rage and truly tune out.

TV By the Numbers shared that 244,000 less people tuned in to Y&R for the week of Feb. 3-7 than viewed the show the week prior. That’s almost a quarter of a million less people which is a pretty significant drop, one that surely has caught the attention of the powers-that-be. To be honest though, evaluating how Y&R is truly effected is going to take time and there are other variables. Some fans may have threatened to tune out but then continued watching anyway. After a few weeks the void may be too great and then they’ll leave too.

Also it seems that replacing Billy Miller with David Tom initially looks like a colossal mistake on the part of the head honchos. David first played Billy Abbott over ten years ago and back then he did really well in the role and even won a Daytime Emmy. However in the ten years that have passed the character has grown and evolved into someone totally different and as of now the fans seem to be collectively hating him. The only thing worse than firing a favorite is then replacing him with an actor that just doesn’t fit. If people don’t warm up to David then look for those ratings to dip even lower in coming months. David’s performance may actually play a huge factor in what happens with Y&R’s numbers. Do you think they are going to keep dropping over time? Tell us your thoughts in the comments below!