The Young and the Restless Shocking Spoiler: Who Is Cassie’s “Ghost?” 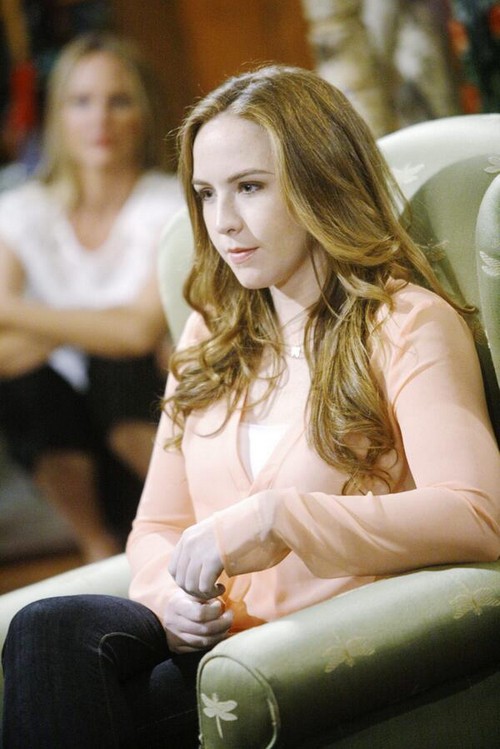 The Young and the Restless teased fans that the Valentine’s Day episode would be intense, but no one was prepared for the shocking Cassie twist. Recently Sharon has been seeing the ghost of her dead daughter Cassie, and paranoid that her BPD was kicking back in and she was going crazy again. It turns out, Sharon is not the only character on Y&R that can see her daughter’s ghost, so can Victor Newman, because she isn’t a ghost! Apparently, there is a Cassie doppelganger running around Genoa City and she is working with Victor Newman to help him make Sharon look crazy!

The “Ghost Cassie” doesn’t just look a little bit like Cassie though, they are identical! This doesn’t come as much of a surprise considering they are being played by the same actress, Camryn Grimes.

Y&R fans are racking their brains trying to determine who the mysterious girl is that is working with Victor Newman, and how is it possible he found someone that looks identical to his dead grand-daughter Cassie? The obvious theory would be that Cassie had a twin sister that no one knew about, but Camryn Grimes shot that theory down in an interview with TV Guide. Grimes teased, “You’re not going to find out exactly who she is for quite a while — but it’s pretty out there. I had all these ideas going through my head but I was thinking of the obvious things, like maybe Cassie had a twin sister nobody knew about — all the obvious soap stuff. But what the writers came up with is so much fun and so unexpected.”

So, if the mysterious Cassie doppelganger isn’t Cassie, then who could she be? Some Y&R fans think that she may actually be Cassie, and she somehow survived the accident, but has no recollection of who she is. If you remember back to the heart-wrenching episodes after Cassie and Daniel’s accident, she was having trouble remembering things before she passed away. Another popular, and really twisted theory that is floating around the Y&R message boards is that Victor Newman paid a plastic surgeon to make a girl around Cassie’s age look identical to her. (Nothing Victor Newman does ever ceases to amaze us.)

So, Y&R fans, what do you think the story is behind Cassie’s doppelganger? Do you think she actually is Cassie, and suffering from severe amnesia? Could she be a long-lost twin of Cassie’s that no one ever knew existed (which is a pretty played out soap opera storyline)? Or, do you think Victor Newman has actually paid a plastic surgeon to recreate an exact human replica of his dead grand-daughter to make Sharon appear crazy? Leave your theories in the comment section below.