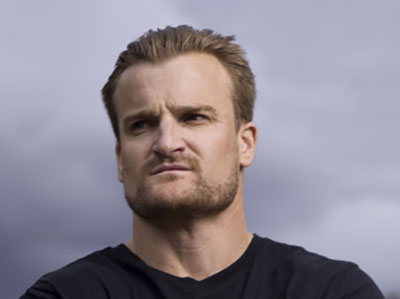 Well, this is a crazy, crazy story. Actually, this might be one of the crazier stories the celeb world has brought us in a long while! Tim Zickuhr, famous for his role on the hit show Ice Road Truckers, allegedly kidnapped a Vegas prostitute and forced her to jump out of a second story window! He’s currently being charged with three felonies, which include first degree kidnapping, coercion, and extortion.

The police report says that Tim hired the woman, who goes by the name of Snow White, on December 18th to have some fun with. In a really smart move, Tim reportedly gave Snow his ATM card so she could withdraw her required payment. But . . . later, he accused her of withdrawing too much from his account. The woman claims that he then arranged a meeting to discuss a way to settle this weird money dispute. During the meeting, she says that he attacked her and even threatened to kill her. Because he wanted back the money she allegedly stole.

The intensity of things continued to escalate. Tim proceeded to tie her up with straps. He then poured ice cold mop-bucket water on her and forced her inside a closet, during which he demanded that she provide him with the phone number of someone who could provide him with the money she stole.

Quick thinking Snow White gave Tim the phone number of a cop she knew. Smart, smart, smart! Tim, unaware, called the number and agreed to meet the police officer — who, upon meeting, arrested Tim and his craziness on the spot.

Tim reportedly confessed to everything. He’s set to appear in court this coming May. And I have a feeling he won’t be seeing his ice road truck for a while after that. Just a hunch.