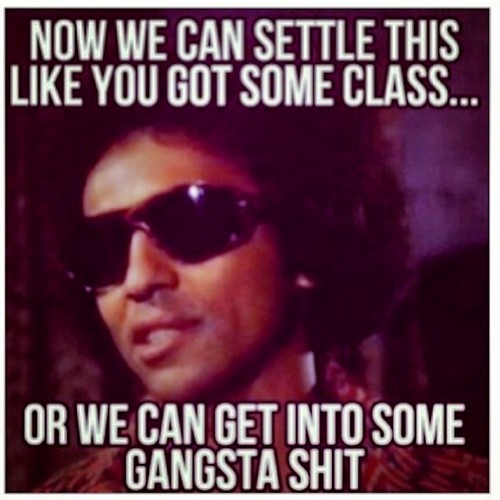 You may recall CDL reported on the cheating scandal that rocked VH1’s favorite couple, rapper TI and wife Tiny (Tameka Cottle). Well, the drama has certainly heated up since then as the scandal has intensified! Thanks to Media Take Out for posting a screenshot of the “conversation” between TI’s wife Tiny, and TI’s side girl’s best friend, who mocked Tiny about the affair.

The tirade started after Tiny, sick of all the negative attention on her family, decided to spend her time posting sexy pics on Instagram. Apparently, TI’s got her thinking that if he is cheating on her with other women, she needs to bring something to the table to keep him interested and at home! Too bad she is another tragic victim of adultery that has obviously distorted the way she feels about herself. Tiny feels that since TI obviously wants more than just a good wife and mother to their children, she is trying to focus on showing him what she’s got while, in the process, showing all the women his is or has cheated with, that she is still a front-runner. Her insecurities are eating away at her now, so she is doing her best to show otherwise.

After posting a few booty shots, TI responded with some disapproving comments.

troubleman31: “u have so much more going for u other than you a**. Although it is magnificent, I think u should spend just as much time showcasing those other things as u do ya #booty….Awesome pic tho. Luv.”

Tiny responded trying to justify that she was showing off her waist, ending her response with “glad u like it bae.” [SIC]

Shortly after, Tiny was dealt the blow on Instagram from the best friend of TI’s rumored side girl. Obviously, Tiny came back fighting, trying to prove she doesn’t have a care in the world…which only made her look pathetic because we all know she is devastated over TI’s infidelity.

My guess is Tiny is going to throw any class out the door and handle this “the other” way. Stay tuned CDLers..this battle isn’t even close to being over!