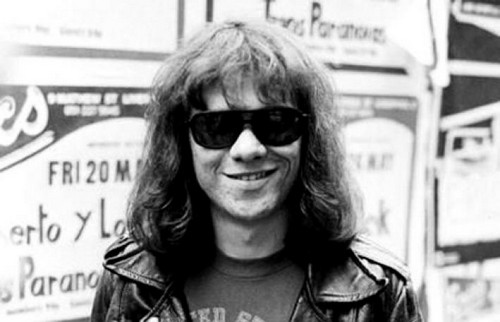 Tommy Ramone, the last living member of The Ramone’s has died at the age of 62. He was along for the ride when the iconic punk band first burst on the scene with their debut album in 1976 and his sharp drumming skills helped to fuel several generations of music. Tommy was an influential producer and musician and he also composed a lot of The Ramones most popular tracks. When the band first got together Tommy was originally supposed to be their manager but he quickly shifted into the position of drummer when Joey Ramone (the lead singer) couldn’t keep up with the fast rhythms. By 1978 Tommy was replaced on the drums by Marky Ramone but he continued to produce for the band.

The bands official Facebook page posted a note acknowledging the loss of a rock and roll legend saying,

We are saddened to announce the passing of Tommy Ramone (nee Erdelyi), the original drummer for the Ramones, earlier today, 11 July 2014.

“It wasn’t just music in The Ramones: it was an idea. It was bringing back a whole feel that was missing in rock music – it was a whole push outwards to say something new and different. Originally it was just an artistic type of thing; finally I felt it was something that was good enough for everybody.” – Tommy Ramone, 1978
Apparently Tommy had been diagnosed with bile duct cancer and was living in a hospice care center after treatment for it had proved unsuccessful. Tommy was often referred to as the member of the Ramones that had himself the most together. Perhaps that’s why he managed to outlive the rest of his stage brothers. Are you a Ramones fan? Tell us your thoughts on Tommy’s passing in the comments below!