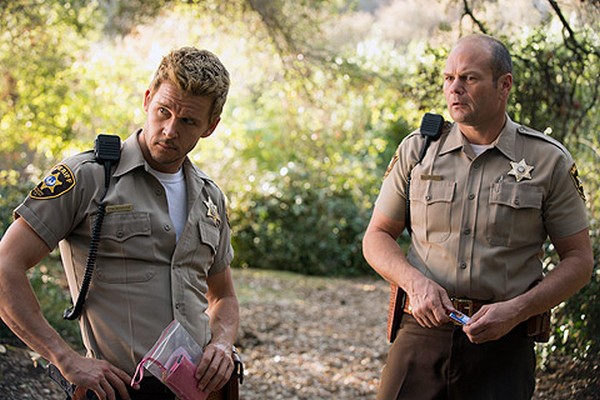 True Blood was back tonight and it was intense, jammed packed with tons of action as usual and had me sitting on the edge of my seat.  If you are like me and you are anxiously awaiting each episode, we have managed to get our hands on a sneak peek video and some spoilers to whet your appetite for next week’s episode 5 called “Lost Cause.”  So sink your fangs in and enjoy!

On tonight’s episode, in the aftermath of yet another bloodbath, Sam (Sam Trammell), Sookie and Jason found themselves the bearers of bad news in Bon Temps and beyond. Pam recalled the events that led her and Eric to Shreveport and Fangtasia. Bill (Stephen Moyer) and Jessica (Deborah Ann Woll) got nourishment from unexpected sources. Following a new lead, Sookie enlisted a band of vampires and humans to track down the H-Vamps.  And lot’s more happened — did you watch the episode?  If you missed it we have a full and detailed recap, right here for you.

Spoiler alert: If you’re one of those people who doesn’t like spoilers, stop reading now! We have some juicy spoilers for you about the season 7 episode 5 of HBO’s “True Blood.”

Official HBO synopsis of next week’s episode: “Exhausted from her recent travails, Sookie finds herself the unwilling host of a festive mainstreaming party in Bon Temps. In search of an elusive adversary, Eric and Pam head to Dallas and attend a gala fundraiser. Andy (Chris Bauer) makes a life-changing decision; Jessica and James reach a crossroads; Bill loses himself in remembrance of human days.”  Written by Craig Chester; directed by Howie Deutch.

On next week’s episode now that Eric helped Sookie save Arlene he and Pam will continue their search for Sarah Newlin.  Now that Eric has found Willow he tells her he is going to kill Sarah.  Willow wants nothing to do with the plan she wants Eric to release her.  With only 5 more episodes left of this season you just know the action is not going to stop!

True Blood episode 5, “Lost Cause” airs on HBO on July 20th, 2014.   Check out the preview video below of episode 3 below and let us know in the comments below what you think!  Are you enjoying season 7 of True Blood?  I am loving it and next week’s episode is going to be so intense! Make sure to check out the preview clip below!