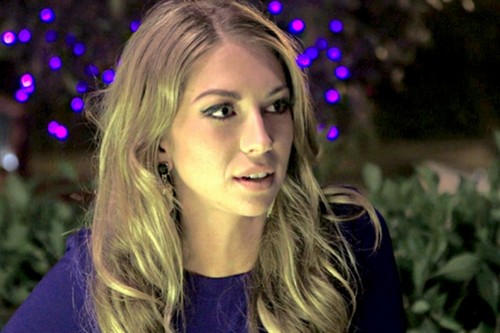 Tonight on Bravo VANDERPUMP RULES continues with a new episode called, “I Lied.”  On tonight’s episode Scheana’s engagement party is sullied by the final face off between Jax, Stassi, Kristen and Tom.  Did you watch last week’s show?  We did and we recapped it right here for you.

On last week’s episode when Stassi believed that Kristen committed the ultimate betrayal, she devised a plan to exposed her in front of all of her friends. Lisa struggled to keep SUR’s working dynamics under control when tensions between Jax, Tom, Stassi and Kristen reached all-time highs.

On tonight’s episode in the season finale, SUR’s sexy annual photo shoot turns tearful as Stassi attacks Jax for his womanizing, and Lisa helps Tom deal with the growing evidence of Kristen’s infidelity. Things come to an explosive head at Scheana’s engagement party when Kristen and Tom finally face off with Stassi and Jax.

Tonight’s episode is going to be another drama packed one, which you won’t want to miss. So be sure to tune in for our live coverage of Bravos’ Vanderpump Rules Season 2 finale— tonight at 10PM EST! While you wait for our recap, hit the comments and let us know how excited you are about the new episode of VR tonight and check out the sneak peek video below of tonight’s episode!

Tonight’s episode of Vanderpump Rules kicks off with Stassi and Katie going to a sauna to “sweat out their toxins.” They are getting ready for their Sur photo-shoot.

Kristen is out to lunch with her boyfriend Tom. Tom brings up the text messages he seen on Jax’s phone between Jax and Kristen about hooking up. Kristen 100% denies sleeping with Jax, despite the text messages that Tom read.

Scheana, Stassi, and Ariana are getting their make-up done for the photo-shoot. Stassi confides in Scheana that jax has been texting her and telling her that he wants to get back together with her…again. Stassi told him to “F—k Off.”

Lisa arrives at the photo-shoot, which they will be holding poolside. She has excluded Kristen from the photo-shoot due to her latest drama at work. The bartenders all gather around Lisa for their pictures. Tom arrives 45 minutes late, and Lisa is furious.

Tom takes Stassi aside at the photo-shoot, and wants to know what happened between Jax and Kristen. Stassi tells him all the dirty details, and what Kristen did that turned Jax on. Tom still is questioning whether or not Jax made the whole thing up. Stassi thinks Tom is in denial and he needs to dump Kristen.

Tom and Jax have to pose together for the shoot, and Lisa watches from a distance. She calls Jax over, and asks him why “Tom hasn’t hit him?” Lisa is amazed at how Jax has no morals, and doesn’t feel bad at all for sleeping with his friends’ girlfriend…twice.

Scheana takes Lisa aside and thanks her profusely for allowing her to have her engagement party at Sur. Scheana wants Tom to come to her party tomorrow, but she doesn’t want Kristen to show up. Lisa reminds Stassi that she has to apologize to Kristen for slapping her, Stassi is not a fan of that idea.

After the photo-shoot, Lisa takes Tom aside, she is worried about him. Lisa asks Tom if he believes that Kristen slept with Jax. He doesn’t. He thinks that maybe Jax faked the text messages from Kristen. Lisa tells him that he is nuts, Jax isn’t a cell phone wiz. It’s obvious that Lisa believes that Jax and Kristen slept together. Lisa thinks it’s better that Jax is being honest, because Kristen is in complete denial. Tom breaks down in tears, Lisa tells him that “Kristen is lying to him, and he needs to deal with it.”

The next day Kristen and Tom are getting ready for Scheana’s engagement party, Kristen is actually going to the party at Sur. Tom finally calls Kristen out on the text message she sent to Jax. He knows they are real. Kristen continues to deny that she slept with Jax, and Tom tells her if she can’t admit it then they are over. Kristen tells Tom if he doesn’t believe her over Jax, then they are over. So, it looks like they are over.

It’s time for Shay and Scheana’s engagement party. Lisa takes Stassi aside, and tells her that when Kristen arrives she needs to apologize to her. Scheana climbs up on top of the bar, and sings her new song for everyone, “Good As Gold.” Her friends are a little shocked, she isn’t as horrible a singer as she though she was.

Kristen and Tom arrive, and Stassi asks her to come outside and talk to her. Tom and Kristen sit down outside with Stassi, and Kristen bursts into tears. She tells Stassi she can’t even look at her, and then she confesses that she did have sex with Jax. Stassi begins screaming at Kristen, and Tom actually begins sticking up for Kristen.

Tom takes Jax aside, and breaks down in tears. He doesn’t understand why Jax isn’t sorry at all. Jax informs him that he “sleeps just fine at night,” and he “doesn’t feel anything.”

Kristen confesses to Lisa that she really did hook up with Jax. She still wants to work at Sur though. Lisa tells Kristen she doesn’t belong at Sur anymore, and she would be doing Lisa a favor if she quit.

In the middle of the engagement party, Tom punches Jax in the face and a brawl breaks out. Scheana gets knocked on the floor at her own engagement party. Tom and Kristen leave together. Lisa puts ice on Jax’s face, and tells him he “deserved it.”

Stassi thinks this fight is the end to a dramatic era.