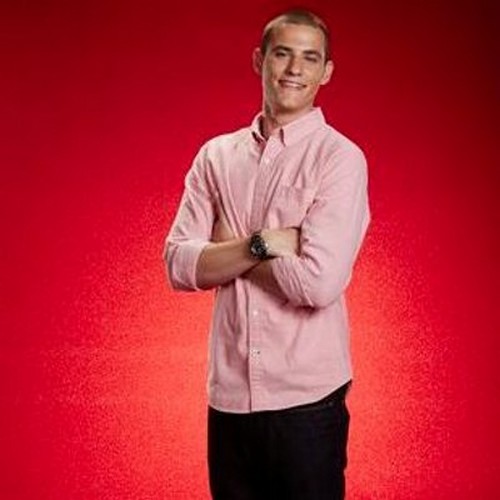 Team Admin Levine’s Chris Jamison took the stage tonight on The Voice for his Top 4 video performance. Chris sang “Velvet” for his single performance. On tonight’s show the remaining artists from each coach, Blake Shelton, Adam Levine and Gwen Stefani’s team performed live for America’s vote and the chance to win the title of “The Voice.” Did you miss tonight’s episode? If you did, we watched it and we recapped it here for you.  Did you miss any of tonight’s videos we have them all right here for you.

Next up is Chris and Adam tells him he hears both Bruno Mars and Michael Jackson in the number he’s doing. Chris’s song is Velvet and it’s his original single. It’s a funky number from the start and has a very sexy feel. You can definitely feel Adam’s influence on both the song, his vocals and performance style. It’s like he’s a Levine mini-me yet it’s fresh and very cool. You can definitely hear a little MJ and Bruno there too, but again, it’s totally original. I’m digging this.

It’s hard to hear the lyrics but once you listen closely, it’s clear this is a very hot song – it’s all about how the woman feels like velvet on the inside and offers a good ride. Yep – that’s the Levine influence. This is not a PG rated song… But still, it’s hot, hot, hot. Pharrell starts out and says he has a lot to say. He says to let him talk. He says a star is born with Chris.

He says they’ve seen him do one thing then he sang the Marvin Gaye song and he had a metamorphosis. He says that’s why they keep voting him through. Adam says Pharrell is right and says Chris, Andrew and Damion are all equally able to win this and says he wishes there could be three winners this year.

Check out the video below and let us know what you thought of Chris’ performance? Was it enough for him to win the title of “The Voice” ? Did you miss any of the other artists performances? If you did, you can see them all HERE! Sound out in the comments below