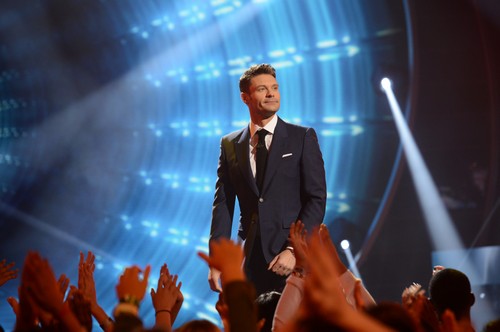 Tonight on FOX AMERICAN IDOL returns with another results show.  One finalist out of the top six will be sent home tonight.  Did you tune in to watch the performances last night? If not we did a detailed recap of it all for you right here.

Last night the top right contestants took the stage and had a chance to own the spotlight.  Season 13 is really heating up! C.J. Harris, Jena Irene, Caleb Johnson, Jessica Meuse, Alex Preston and Sam Woolf – took the stage in hopes of impressing the judges and winning America’s vote.  The theme for the evening was one country; and one rock and roll song, if you missed last night’s show we also have all the videos of last night for your enjoyment.

On tonight’s live results show, one finalist’s journey will come to an end as America’s vote is revealed. With no judge saves it is more important than ever to vote for your favorite competitor.  By the end of the evening we will have our Top 5.  Who are you rooting for?

Tonight’s show is going to be an exciting one, which I’m not going to miss and neither should you. Tune in tonight at 9 PM EST! Celeb Dirty Laundry is your go to place for all the up-to-date American Idol News. We’ll be recapping it all live for you right here. In the meantime hit up our comments and tell us who you are rooting for so far. I know I’m rooting for Sam Woolf.

Tonight’s elimination episode of American Idol kicks off with host Ryan Seacrest taking the stage, and then he brings out the American Idol judges: Jennifer Lopez, Keith Urban, and Harry Connick Jr. Keith has dressed up for the occasion and ditched his typical tee and jeans and decided to rock a suit for the occasion. Ryan Seacrest shares a tweet from Carrie Underwood, she was pleased with Caleb Johnson and Jena Irene’s renditions of the songs.

It’s time to start revealing some of the results of America’s votes from last night. Randy Jackson predicts that Caleb won the night, Sam was good, and CJ Harris could be in trouble after his poor song choices.

Caleb Johnson, CJ Harris, and Sam Woolf join Ryan Seacrest on stage. According to America’s votes last night Sam and Caleb are safe, CJ is in the Bottom Two tonight.

It is time to learn which American Idol contestant will be going home tonight. Ryan Seacrest has the Bottom Two, Jessica and CJ, join him on stage and he reveals that the contestant that got the least amount of votes is CJ Harris.

CJ sings one last song on the Idol stage, and he he is joined by the official Top 5: Jessica Meuse, Jena Irene, Alex Preston, Caleb Johnson, and Sam Woolf.