Woman Gets Catfished – What To Do? CDL Dirty Talk 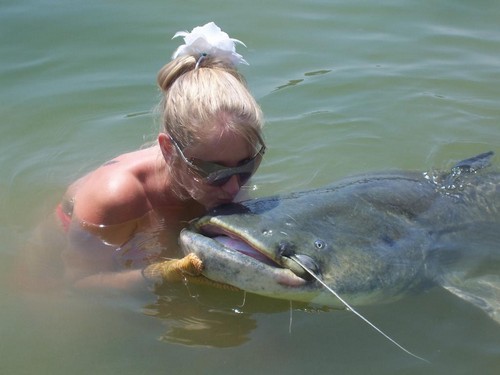 Celebrities are not the only ones with relationship problems! This is your forum for sharing your problems and getting advice, CDLers. We offer fun tips and advice on relationship issues such as those you’ve come to know and love from our celebrities!

A little over 3 months ago, I started talking to a guy I met online through a free dating site. We talked every day from the first day we met online, but about two weeks ago he started acting funny and always claimed to be busy every time I called. I have asked him many times to tell me what is wrong, but he says there is nothing wrong and then tells me he has to go. I don’t know how we could go from talking every day to almost nothing. We even talked marriage and he seemed very open about his feelings. We planned to meet for our first real date in February for Valentine’s day, but when I asked him about it, he blew me off with another excuse about having to run. What is my next move?

I think the fact that he tells you he has to “run” is a pretty accurate description of what he is doing…RUNNING. But instead of running off to a meeting or for a night out with friends, he seems to be running from you, my dear. In reading your letter, the common thread throughout was the implication that you’ve been chasing way too hard. What do we all learn as women when we first embark on the dating scene? “Don’t chase men, let them chase you,” and one of my personal faves, “Men like a challenge.” Sound familiar? They should…this is “Dating 101”, and unless you slept during those lectures, you should remember this. Hell, these are basically anthems for women now, and for good reason.

As silly as it may seem, even if a guy shows strong interest, he wants to feel as though he has to try a little bit. Once you’ve confirmed to him that he has your full and total commitment, he basically loses all opportunity to use his manhood to try to win you over. It’s great to show interest, but having a marriage discussion, whether or not he seems to be actively interested in the idea, is a big no-no. That successful “Congratulations, you’ve earned the girl’s love and devotion,” should not come until the wedding. Okay, maybe a bit of an exaggeration, but you must keep some wonder going on in his head early on in the relationship especially. At that point, you haven’t yet built upon the relationship and learned to like one another beyond the initial attraction (whether online or in person), so there won’t be enough substance to hold the relationship together if he’s lost interest because you were looking at wedding rings after a couple weeks.

Put yourself in his shoes. Think of a guy, whom you’ve just met (3 months may seem like a while, but it is NOT) calling you constantly, hounding you for answers when you may just need some space, pushing for confirmation of a future date, and bringing up the idea of marriage. What word would you use to describe him? Yes, desperate. If you didn’t say it, I know you were thinking it. All of the same action, taken much later in the relationship would not seem so odd or annoying to him. But, you are questioning a change in his behavior, when you truly don’t even really know him well enough to know what his “normal” is. Remember, as well, that men don’t “talk” the same way women talk about how they feel and what they are thinking. A woman could be on the phone with a man who she thinks sounds distant and upset…only to find out he had the basketball game on and was only half-listening to what she was saying. You don’t know this guy well enough to make any assumptions, but you did just that. At this point, if there is anything left to salvage, your best bet is to lay low for a while. Give him the chance to come to you. When, or if, he does, don’t question why he didn’t call before, or why he seemed put off the last time you talked. Just keep the conversation light. Gently, if he calls again (notice I said HE calls again…resist the urge!), bring up a great new restaurant you plan to try with friends soon. Hopefully he’ll pick up the hint and again discuss Valentine’s Day.

Remember, it is okay to show interest, but keep it light and keep him guessing a bit. If you constantly call him and think of his every move, worried about what he is thinking, then you’ve all but officially confirmed you have ZERO life other than him. Men’s internal warning systems set off this crazy alarm in their head when that happens and they run for the hills. Don’t show desperation.

Now get ready to wince in pain a bit as I have to throw a little more salt into that wound. Sorry..I am cringing myself here. You must also be very careful with those you meet online. For every ten successful meetings, there is likely one or two crazies and catfishers. It may even be the opposite. There are a lot of people who “catfish” or pretend to be something or someone they are not. Everything moves along wonderfully until they are asked to meet in person. Catfishers will then make up every excuse not to meet as it would uncover the fact that they may not be who they claimed to be. Perhaps he stopped communicating once you discussed meeting on Valentine’s Day. That is another thought.

In any case, be careful, pull back those reigns, and remember to take things slowly, allowing the men in your life to do some of the work, some of the chasing. They really, really like that! So, as women, we play along and give in to their fun game of cat and mouse. Have fun and good luck!

DISCLAIMER: The advice given in this column is not by a healthcare or mental health professional. This is for entertainment purposes only.