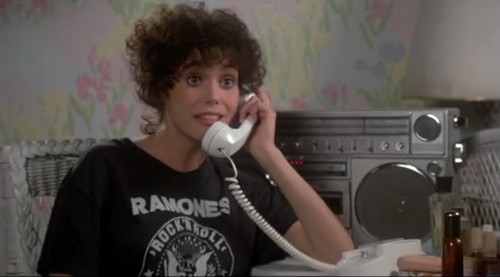 When Woody Allen won a Golden Globe a few weeks ago for his latest film, Blue Jasmine it took only a matter of minutes for the backlash to begin. Ronan Farrow tweeted his disgust at Woody’s professional life still being praised and rewarded when his personal life has decades full of accusations of deviant behavior. Ronan simply couldn’t keep his mouth shut and ultimately was alluding to the allegations made by his mother, Mia Farrow 21-years earlier. During the nastiest of splits from Woody she accused him of molesting their adopted daughter, Dylan Farrow. I guess a few weeks ago, Ronan spoke up in an effort to defend the hurt that his sister has endured and the admitted the mental toll that the entire situation has taken on her.

While the allegations against Woody have been discussed for years it wasn’t until yesterday that Dylan chose to speak out on her own behalf in an open letter to The New York Times. In it she gave a detailed account of a sexual attack at age 7 while alone with Woody. While Dylan has gotten herself some serious help it’s very clear that the recent praise for him has really dredged up the memories- so much so that she needed to be heard, finally.

While none of us were actually there and so we can’t say for certainty what happened between Woody and Dylan, it’s painfully clear that her memories are very real to her and have disrupted her life. Taking that into account it has to be extremely difficult to watch this man receive accolades in spite of details of his pedophilia being made public, repeatedly. It was inevitable that she was going to speak up eventually, right?

Once again, people are weighing in all over the place on who is telling the truth and asking that even if Woody is a total perv, should it have destroyed his career. Should the lines between his work and private lives have been blurred along the way?

I’m not definitively sure of too much but I do know that Woody has often liked his women young – super young. Take his film Manhattan which was dubbed as a romantic-comedy back in 1979. It was about a 42-year old that was dating a 17-year old girl. Later on we learned that the flick was based on his relationship with Stacey Nelkin, an American actress that has become a successful relationship expert, often popping up on Fox & Friends as an analyst. At least we know for sure that one woman had an extremely questionable and possibly illegal relationship with Woody and was able to rebound nicely.

What are your thoughts on the recent flare up surrounding Woody and what about the detailed allegations by Dylan? Should she have finally spoken up? Tell us your thoughts in the comments below!