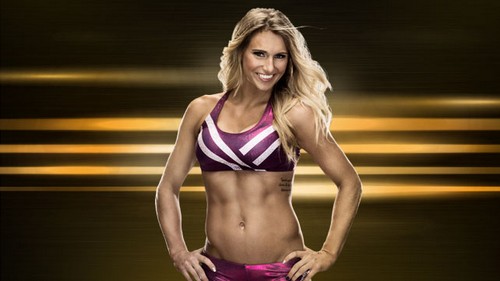 The Nature Boy Ric Flair has certainly left his mark on the industry and his legend is firmly entrenched no matter what the future might bring. 100 years from now, he will be talked about as one of the greatest professional wrestlers in history. That said, his legacy might not yet be over. Charlotte, his daughter, is dominating the Divas division of WWE developmental as the Nxt Women’s Champion. Like Paige before her, she is morphing quickly into a Diva that could help to legitimize the Divas on the main roster. Paige was brought up and instantly the division got better. Charlotte is almost certain to do the same.

The question is, when should WWE bring up this trump card?

Impatient folks like myself would love to see her up on the main roster right now. The problem with that notion is that it would waste her arrival. Paige is hot right now and bringing up Charlotte could deaden that push before it was firmly established. Another year or so and Paige will be solidly in place as the Diva everyone looks to alongside AJ. While some might argue that is already the case, Paige still has a ton of room to grow and get over. Charlotte will be brought in when that is a guarantee, I would think.

Charlotte brings much to the table when she does get there. She has her father’s strut and many of his mannerisms that are bound to get over with the fans. She has a ton of wrestling skill and a finishing move that people will pay to see. The best thing about Charlotte, however, is her aura. Charlotte exudes champion in a way that is rarely seen. Her father obviously had it and a select few others do as well. Charlotte has it and has not even made the main roster yet. When she walks out, you instantly see a champion….belt or not.

One can only dream about some of the matchups that might be in our future. There are others that are coming along too. Bayley, Emma, Summer Rae and others are improving extremely fast and I can envision a future where these ladies revolutionize the WWE Diva’s division and get the respect they have longed for. Charlotte will be a huge part of this there is no doubt.

While I would love to see Charlotte up there right now, I am sure that the WWE is playing this one right. Let Charlotte continue to breed that championship aura down in developmental and when she does arrive, she will be instantly ready for the big time. Just like her father, Charlotte is going to be around for a very long time to come. This girl has the it factor in spades and will be a joy to watch for all wrestling fans.