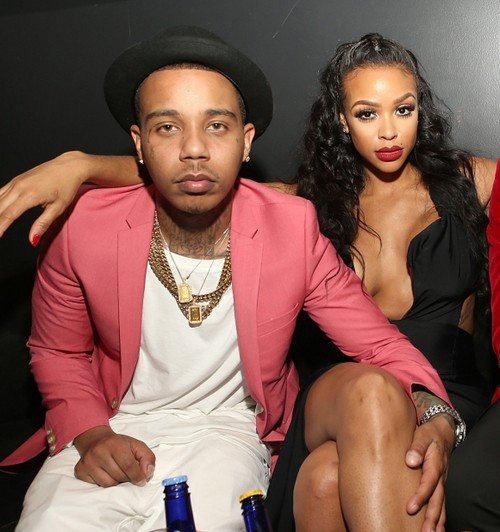 Looks like Yung Berg is out of a job again. He’s been fired from the popular VH1 show ‘Love and Hip Hop: Hollywood’ following an assault on his girlfriend Masika Tucker, and the thug’s subsequent fighting arrest. Tucker has a recurring role on the show, but it hasn’t been revealed if she will continue on with LHHH.

As previously reported the fight started with Berg’s credit card declining while dining out after filming the ‘Love And Hip Hop: Hollywood’ reunion show. After his Master Card was declined he went back to his hotel where his girlfriend followed began to argue with him about not being able to front the bill and leaving her at the restaurant. His reaction was grabbing her by the throat, throwing her down and pulling her out of the room by her hair.

I wonder if Berg found out he was fired, the same way we did….. on the VH1 website. VH1 confirmed it on their website by posting this statement “Based on the severity of the allegations against Yung Berg, VH1 is terminating its relationship with him in connection with Love & Hip Hop Hollywood, effective immediately,” the statement read. “Yung Berg was arrested on November 5th and charged with criminal obstruction of breathing in connection with an assault on fellow cast member Masika Tucker. The arrest took place in a New York hotel several hours after the taping of the reunion special for Love & Hip Hop Hollywood had wrapped.”

Those charges have since been dropped, but Yung Berg now faces three new charges, three assaults and one harassment in connection with the assault on his girlfriend. Masika had cuts and bruises, but refused medical attention. Neither Masika Tucker or Yung Berg have made comments on social media since the incident took place.

It’s about time that reality TV crack down hard on the violence, especially the domestic violence, that is increasingly associated with many of the shows in the genre. Firing the perps is a really good start – maybe professional sports organizations should try something similar if they actually care about being proactive rather than reactive about violence against against women. Comments?