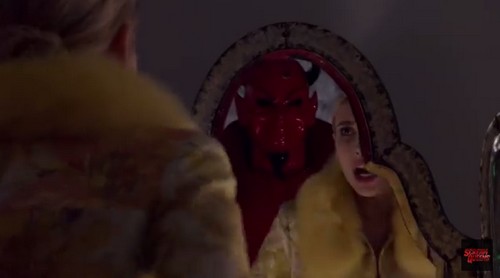 The Fall 2015 TV season is finally upon us, and there are so many new shows which premiere this month that we can barely contain our excitement. Obviously, we are thrilled beyond belief for some of our favorite shows to return – but there are also some new shows that we can’t wait to check out. We scoured the Internet for spoilers, and put together a list of eight must-see new TV shows and their Fall 2015 premiere dates just for you!

“The Executioner”
On Tuesday September 15 “The Executioner” is set to premiere on FX, and it is one of the most anticipated new TV shows of the Fall 2015 season. Why? Two words: Kurt Sutter. That’s right, “The Executioner” was created by the same mastermind behind one of all our all time favorite TV shows, “Sons of Anarchy.” Don’t expect to see any motorcycles or cartels though, “The Executioner” takes place in medieval times.

“Scream Queens”
If you love Ryan Murphy – raise your hand. Somehow Murphy managed to combine his two brilliant TV shows, “Glee” and “American Horror Story” into one highly anticipated gem “Scream Queens.” Seriously, if “Glee” and ‘’American Horror Story” had a love child – it would be this hilarious new comedy. Spoilers indicate that the cast includes some big names like Jamie Lee Curtis, Emma Roberts, and Ariana Grande. “Scream Queens” will make its Fall 2015 debut on FOX, on Tuesday September 22.

“Heroes Reborn”
When we first heard rumors that NBC was bringing back “Heroes,” we thought it was too good to be true. But, alas the stars have aligned and genius Tom Kring has returned with after 5 years with “Heroes Reborn.” It’s not too often that show creators get a second chance to reboot their show and come back with new material – word in Hollywood is that Kring is taking full advantage and “Heroes Reborn” is going to blow our minds. Spoilers tease that the series premiere will air on NBC on Thursday September 24.

“Supergirl”
CBS is final getting in on the DC comic action for the Fall 2015 TV season, and they will be premiering their rendition of the comic classic “Supergirl.” Spoilers tease that the lead will be played by Melissa Benoist, whom you will most likely recognize from her 2 year stint on FOX’s “Glee.” Spoilers tease that “Supergirl” will be starting a little late this fall and the premiere date is not scheduled until October 26 but the pilot looks too promising to leave off this list.

“Limitless”
Remember that intense movie with the same title starring Bradley Cooper? Well, CBS is breathing new life in to it. Spoilers tease that the mind-bending drama has a premiere date of September 22, and the series premiere will star none other than Bradley Cooper. Sadly, he is not a series regular and he will be passing the torch on to the main character of the TV show – Brian (Jake McDorman).

“Quantico”
ABC seems to have great luck with political dramas – enter “Quantico.” Spoilers tease that the new drama will be packed full of mystery, confusing time jumps, FBI agents, and Bollywood star Priyanka Chopra. Although “Quantico” hasn’t received a whole lot of buzz going in to the Fall 2015 season – we have a sneaking suspicion that it will pleasantly surprise a lot of viewers. Spoilers indicate that the “Quantico premiere date is scheduled for Sunday September 27.

“The Grinder”
Rob Lowe is back on primetime for the Fall 2015 TV season in this new show on this FOX comedy. Spoilers tease that Lowe will be playing the part of Dean Sanderson – an actor who played a lawyer on a TV show for eight years. Apparently his acting career has flat-lined (no wonder Lowe resonated so well with this character), so he decides to return home and use the knowledge he obtained about law while acting to take over his family’s law firm. Spoilers tease that Lowe’s “Grinder” premiere will air on September 29.

“The Muppets”
Ahh, the highly anticipated return of “The Muppets” on ABC. Spoilers tease that the comedy will basically be “a show about a show.” Kermit and Miss Piggy are back with the gang, and of course Kermit’s already infamous new girlfriend (who stirred up a lot of controversy on social media when photos were first released). Miss Piggy will be hosting her own late night TV show, and critics have compared “The Muppets” resurrection to the classic “The Office.” We are definitely all interested in seeing where this one goes. “The Muppets” premiere date is scheduled for Tuesday September 22.

So, which new Fall 2015 TV show are you most excited for? Do you think “The Muppets” will be a flop, what about the “Heroes” reboot? Are there any new Fall 2015 TV shows that you are excited for that aren’t included on our list? Share your thoughts and theories on all the new TV shows in the comments below, and don’t forget to check CDL later this month for all of the series premiere recaps and spoilers!