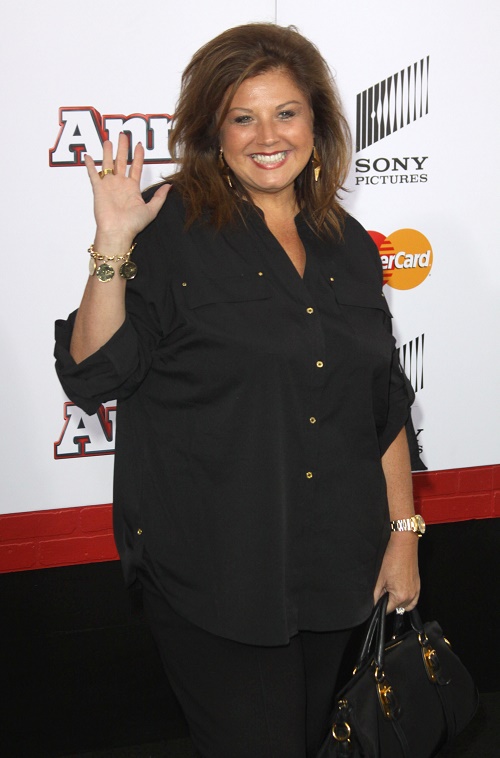 Dance Moms star Abby Lee Miller just crossed a line and took her obnoxiously loud bullying to a whole new level. According to a new report from The Hollywood Gossip, Abby Lee bullied one of her young students and made a wildly inappropriate oral sex joke in front of all of the kids and their mothers at her student’s expense. Abby Lee credits her success to her loud and obnoxious behavior – and for not holding back and speaking her mind. But there is a huge difference between “speaking your mind” and accusing one of your young students of performing oral sex during a dance routine.

According to The Hollywood Gossip’s inside sources, “The girl had just performed a solo using a bench as a prop, at which point the Dance Moms star asked her “Who was ‘sitting’ next to you?” Ostensibly, Abby was asking for the story behind the dance she had just witnessed. The little girl replied that she was sitting next to “a boy.” Abby allegedly told the dancer, “No wonder you were on your knees,” while using her hand and mouth to make graphic oral sex gestures.”

Nothing really surprises us anymore when it comes to Abby Lee Miller’s questionable antics – but considering all of the scandal revolving around reality TV these days, the grotesque scene just recounted will most likely never make it on the air. Dance Moms is a flagship for Lifetime, and they would never risk the backlash or possibility of fans pressuring them to pull the show from the air. If Here Comes Honey Boo Boo and 19 Kids And Counting were both forced to be pulled because of sexual abuse claims from the past, could Abby Lee Miller be next? Granted, they are different networks, but they all appeal to the same fan base.

What do you think of the allegations made about Abby Lee Miller making oral sex jokes at a child’s expense? Was the Abby Lee oral sex joke completely inappropriate? We think so! Does that warrant her losing her reality TV show? Will Lifetime act accordingly, or deny that the events took place? Are you as fed up with Abby Lee as we are? Let us know what you think in the comments below!