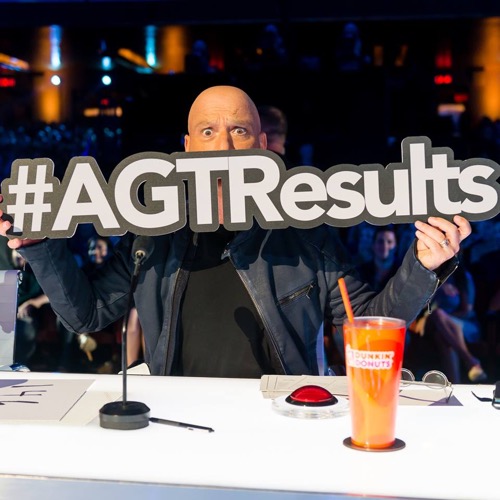 Tonight on NBC America’s Got Talent returns with an all new Wednesday August 26, Season 10 episode 17 called “Live Results 3”. We’ve got your recap down below! On tonight’s episode the Top 24 acts are revealed in a results installment.

On the last episode, Judging was turned over to the American viewing audience as the last 12 acts of the Top 36 performed live at Radio City Music Hall for the chance to win the $1 million prize. Did you miss last night’s episode?  If you did you can see a full and detailed recap, right here.

On tonight’s episode per the NBC synopsis “the votes are in to complete the Top 24 acts moving on to the Semi-Finals. Tonight, viewers will have one last chance to send their favorite performer to the next round by using Google Instant Save.”

On #AGT10 it’s live results night. We start with a quick montage of last night’s acts then it’s on to the first results. There’s also the Live Dunkin’ Save available tonight. The three on the bubble are Benjamin Yonattan, Daniella Mass and Gary Vider. Now it’s the first result of the night. Mountain Faith Band vs Selected of God. The team going into the semi-finals is Mountain Faith Band. That means Selected of God is out of it.

Next up is Chapkis Dance Family vs Alicia Michilli. Move to the semi-finals is Alicia Michilli which means that Chapkis Dance Family is going home. Next we see a short quiz called buzzer buddies. It’s Mel B and Howie vs Howard and Heidi. Howard says they’re going to lose since he only knows Nick really well. Howard jokes he wants to see Nick and Mariah up there and Nick says no he doesn’t. They were each asked questions separately about each other.

Heidi is asked what would Howard says is his most annoying habit during the show. Heidi says he’s grumpy. Howard shows talking too much. They miss. Mel B is asked what Howie’s most annoying habit is and she says he’s irritating. Howie says just showing up so they get a point. Mel B and Heidi cover their eyes. He asks Howard Heidi’s eye color and he says brown. They’re hazel. No point. Howie says they are brown and gets it right.

Then Nick asks Heidi the strangest gift Howard has given her. Howard says he never has given her one and they get a point. The same question for Mel B and she says a live bird she still has. Howie says a silver flip flop. They miss it. Howie and Mel B hit each other with their cards. Then Nick asks Howard what he wants Heidi to stop doing – he says singing and they get a point. Howie says Mel B draws filth pictures on his papers. Mel B hides her face. She says using the phone – no points.

They are tied. Nick asks Heidi what is Howard’s best feature and she says his blue eyes. Howard guessed his curly hair. No point. Then Mel B says Howie’s best feature is his smile. She got it right. Howie hugs her and they win it.

[8/26/15, 9:01:33 PM] Rachel Rowan: Next is a performance by the cast of Le Reve, The Dream. Then it’s time for the next live result. It’s the Regurgitator vs Oz Pearlman. Going to the semi-finals is both of them! They are both stunned. The Regurgitator and Oz are both moving forward. Next up is Daditude vs Freelusion vs Metal Mulisha Fitz Army. Next into the semi-finals is Freelusion.

Now it’s time for the Live Dunkin’ Save results. There were almost 150,000 votes and just 24 votes between the top two. The act moving to the semi-finals is Gary Vider. Now the judges have to decide who gets the last spot Benjamin Yonattan or Daniella Mass. Heidi says Daniella was spectacular and has a beautiful voice. Then she says Benjamin is an inspiration and she loves how he dances.

Howard tells Benjamin makes them feel like no other dancer does and was spectacular. He says Daniella is also very talented then tells her song choice, song choice. Howard votes for Daniella which means she’s going through to the semi-finals.