America’s Next Top Model Recap – “The Girl Who Took a Shot in the Dark”: Cycle 22 Episode 12 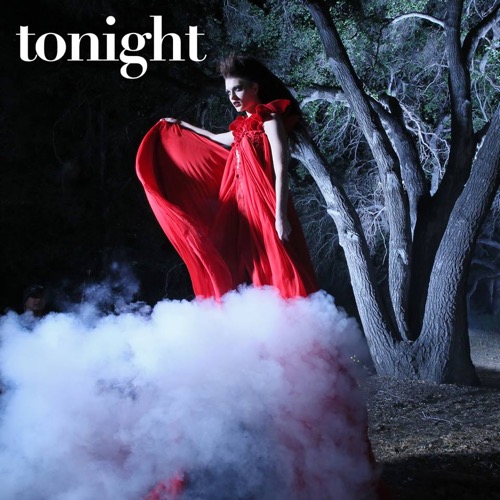 Tonight on CW Tyra Bank’s America’s Next Top Model (ANTM) continues with an all new Friday November 6, cycle 22 episode 12 called, “The Girl Who Took a Shot in the Dark” and we have your weekly recap below.  On tonight’s episode the models must create and pitch a business idea.

On the last episode during a challenge event in Las Vegas, an overconfident model lost focus and failed to impress. Meanwhile, one of the models seemed more focused on romance than winning the competition.

On tonight’s episode as per the CW synopsis, “The models are challenged to create and pitch a unique business idea. During the photo shoot, the models have to pose in pitch black darkness of the woods, where they are freezing cold and cannot see anything”

Last week, Tyra actually got real with the contestants. It seems she gave them some much needed advice about how long they can model and therefore she told them about the unfortunate shelf life that every model has had to face.

Yet Tyra didn’t just hit them with bad news, she also came up with a way for them to ensure they would have some staying power after their career on runway. Thus she invented Fierce-a-Preneurs. And that’s when Tyra gives each of the contestants a forum where they could then sell a product or a brand they’ve come with.

And a prize for coming with the best idea is seed money. The winner will get to walk away with twenty-five hundred dollars that they could use to begin selling their products.

However, not everyone took the project seriously. They were all given parameters and for some reason Devin chose to half-ass his perfume line because he felt like he didn’t need to do as much as everyone else. Hence it wasn’t that much of a shocker when Devin’s perfume line Emotions stunk.

He had claimed to have come up with four different perfumes yet they all the smelled the same. And his presentation was a hot mess. Funnily enough Tyra honestly used those words to describe what she was seeing and the rest of the entrepreneurs that she brought in to possible invest – all felt like Devin hadn’t thought his product through.

But Mame had been too nervous to discuss her brand, Nyle had been unrealistic with his pricing, and Lacey had in fact undersold her product.

So tonight’s challenge winner just had to be Mikey. For it was Mikey that managed to do everything right by both impressing Tyra as well as coming up with an affordable clothing line. Tyra had later said that Mikey was literally living his brand and plus his skill in incorporating the Zappo ideal was what put over the top. Though it sure didn’t hurt that Mikey did a little flirting.

Only after their foray into business world, it was back to modelling and that had suddenly become a harder task. The contestants were taken out to the woods and while they thought they would be living rough for the next couple of days – they had no idea that their next photo-shoot was going to take place there. So it’s safe to say they were unprepared.

And it didn’t help that they had to do the photo-shoot in the complete dark.

Lacey unfortunately ended up faltering during her photo-shoot. She just couldn’t bring her same fieriness as she usually does when she has light. And so Yu Tsai yelled at her the most. Which is something he couldn’t necessarily do with Nyle.

Nyle felt he would have an advantage because it’s supposedly easier for deaf people to see in the dark but then he was constantly blinded by the flash of the camera. So he continued to miss his mark and that frustrated Yu Tsai. Though he knew it wasn’t Nyle’s fault.

However two people stood out with both Yu Tsai and Erik Asla. Both Mikey and Mame were able to give intensity and to them it was like the dark didn’t even bother them. Thus they were both complimented during panel.

Tyra couldn’t find a single bad shot. Mikey kept his face strong throughout his entire frame and Mame’s best picture was actually the testing shot that barely anyone pays attention to. So Mikey had the best picture of the week and Mame was a close second.

Yet it was Nyle and Devin that landed in the bottom two. And for all of Nyles’s problems, at least he wasn’t as mouthy or frustrating as Devin.

Therefore it was Devin that was sent home. Devin had coaxed through the competition but it took him all the way till the end for him to finally relax his face. And by then it was too little too late!