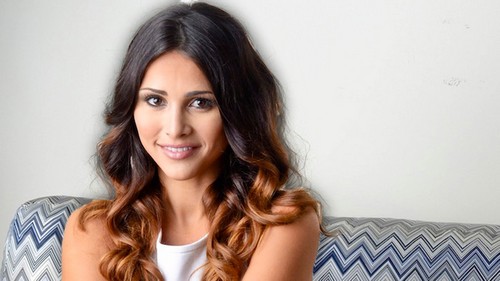 Bachelor 2016 spoilers and rumors tease that former Bachelorette Andi Dorfman may be pulling a Nick Viall and arriving late to Ben Higgins’ party in an attempt to “find love” – and of course promote her new tell-all book. It was recently confirmed by Chris Harrison that Ben Higgins is indeed the next Bachelor – and he will be starting his journey for love on ABC in January 2016. Andi Dorfman is a huge fan of Ben’s, and insiders say she has already began discussing joining his season of The Bachelor as a potential love interest with Harrison and the rest of the Bachelor producers.

Since Andi Dorfman’s stint on The Bachelorette – fans of the show quickly realized that finding love and marrying Josh Murray were at the bottom of Andi’s list of priorities. Her main goal in life was clearly being famous, and not having to work another day. Since Andi made her reality TV debut, she quit her job as a district attorney and is pimping out paid endorsements on Twitter, and penning a tell-all book about her failed relationships in The Bachelor franchise.

According to an insider close to the Bachelor Franchise, Andi Dorfman has reportedly contacted Chris Harrison and told him that she wants another shot at love, and she thinks Ben Higgins is the perfect guy for her. Really? It sounds like Andi is trying desperately to cling to her fifteen minutes of fame, and she knows she needs to get back on television if there is any chance of anyone buying her tell-all book. Plus, she is basically living off paid endorsements – and her value is rapidly dropping. What companies want a has-been Bachelorette pimping out their products when then could contact the current Bachelorette Kaitlyn Bristowe instead? Andi Dorfman needs to get back in the headlines – and crashing Ben Higgins’ season of The Bachelor juts like Nick crashed Kaitlyn Bristowe’s season is the perfect plan in her fame-hungry eyes.

Do you think Andi Dorfman deserves another chance at love? Is she genuinely in to Ben Higgins, or does she just need a platform to promote her new book? Let us know what you think in the comments below!