Andi Dorfman Looking for Love on Bachelor In Paradise 2 – Easter With Mother, Mom Says “Get A Real Job” 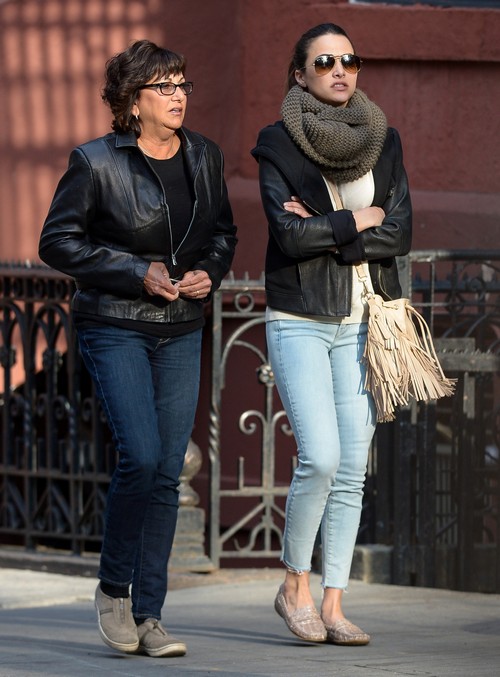 Former Bachelorette Andi Dorfman is still determined to be famous and refuses to accept defeat and go back home to Georgia and start using her law degree again to pay the bills. Andi Dorfman is currently campaigning hard for a spot on this summer’s Bachelor In Paradise 2. On Sunday April 5th Andi was photographed out and about in New York City with her mother celebrating Easter Sunday. Apparently Andi refused to travel back to Georgia to spend the holiday with her family, so her mother came to visit her.

Why wouldn’t Andi Dorfman want to go home for the holiday? Well, aside from the obvious reason being that there are no paparazzi in Georgia, the former Bachelorette is determined to make a name for herself in the big city. Since Andi Dorfman’s engagement/showmance to Josh Murray officially ended and she had to hand over her Bachelorette crown to Kaitlyn Bristowe – Andi is quickly fading in to obscurity and becoming another Bachelorette has-been. The wanna-be celebrity is certain that if she stays in New York City and continues networking and making headlines, she will be invited to star on Bachelor In Paradise 2. Although Andi has been telling Chris Harrison she needs “another shot at love,” it’s clear she actually means she “needs another shot at being famous.”

Andi Dorfman’s friends and family are growing concerned by her behavior, which is why her mother travelled to NYC to see her on Easter. A pal close to the Dorfman Family explained to CDL, “Everyone is worried about Andi. It’s like she is in denial, and living in this fantasy world. She is determined to live a lifestyle of the rich and famous – and refuses to go back to work. Andi’s such a smart girl, she has a law degree, it is insane that she is just drifting around New York waiting for her big break.”

Do you think that Andi Dorfman will finally get a dose of reality, and head back to work? Or is she going to just keep fishing for another gig on a reality TV show? Who do you think is paying her bills in NYC? Let us know what you think in the comments below and don’t forget to check CDL tomorrow for more Bachelorette spoilers and news.

Andi Dorfman out with her mom on Easter Sunday in New York City, New York on April 5, 2015. Andi stated in a recent interview that she wants another shot a love and is trying to get on ‘Bachelor In Paradise’ – FameFlynet