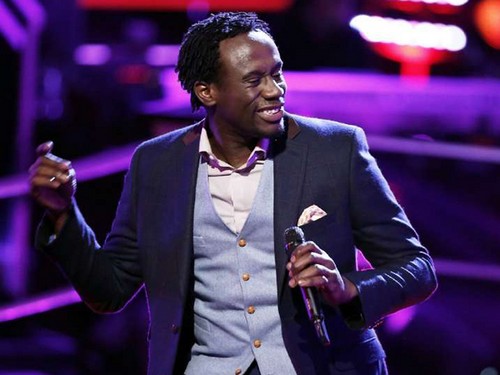 Anthony Riley is dead. The 28-year-old Philadelphia street performer who came to be known on NBC The Voice died from suicide. Anthony Riley made headlines on The Voice when he had all four judges turn their chairs for him in a matter of seconds. Riley eventually left the show, for what was said to be “personal reasons,” at the time. We later found it that Anthony Riley left the show due to a substance abuse problem.

Anthony Riley has been performing in Center City for over a decade, and has also been fighting a substance abuse drug addiction problem. Although Anthony Riley chose to leave The Voice to focus on his health, Riley had been working on an album while fighting his addiction.

According to philly.com, Anthony Riley took his life on Friday, June 5 and was found dead in the basement of his Center City apartment where he was staying.

Anthony Riley was coached by Pharrell on The Voice and was a fan favorite from the very beginning. He won his first battle round, but at that point, told the producers that he could not continue with the show so that he could get help with his substance abuse problem. He then returned to Philadelphia.

Riley spoke with The Inquirer back in March and said, “it’s tough, because everyone’s just finding out and I’ve been moving forward.” He said that he had completed a rehab program and was focusing on his album.

Fellow musician and friend Robby Parsons said, “he’d had his problems recently, but at the heart of all of that he was a very kind, gentle person.”

Anthony Riley lived a troubled life. He was raised by his grandmother in West Philadelphia and when he was 19-years-old, his step-mother died. This is when he turned to music. After his father encouraged him to sing in Suburban Station, he found his passion for music.

Halima Miley, Riley’s older sister spoke out about the news and said, “The city was his family. Everybody knew him, he couldn’t walk two steps without someone saying, ‘Anthony, how you doin’? The public loved him.”

Halima has yet to make the arrangements for his funeral, but we wish her and her family all the best in this difficult time.

Anyone struggling with thoughts of suicide is urged to call the 24-hour Suicide Prevention Lifeline at 1-800-273-TALK, or visit www.suicidepreventionlifeline.org.