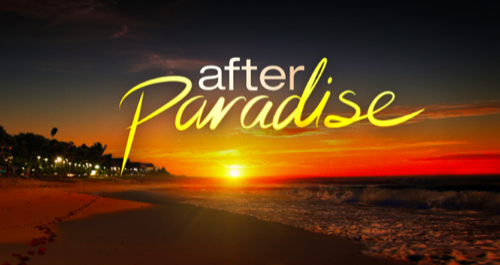 Bachelor In Paradise: After Paradise airs tonight on ABC with an all new September 7 season 1 episode 6 finale. We’ve got your recap down below! On tonight’s episode cast members and celebrity fans discuss episodes of “Bachelor in Paradise.”

On the last episode Kris Jenner discussed the latest episode of “Bachelor in Paradise,” along with cast members Jared, Jaclyn, Chris, Ashley I. and Samantha. Did you see the episode?  If you missed it we have a full and detailed recap, right here.

On tonight’s episode per the ABC synopsis “Comedian Nikki Glaser and Miss America 2015 Kira Kazantsev join Chris Harrison and Jenny Mollen to weigh in on the two-part finale of “Bachelor in Paradise” along with Bachelor Nation fan favorites Sean and Catherine Lowe and contestants Jade, Kirk, Carly & Tanner on the finale of ABC’s after-show, “Bachelor in Paradise: After Paradise.”

Tonight’s episode is going to have people talking and you are not going to want to miss a minute of it. Bachelor In Paradise: After Paradise airs tonight at 8PM so don’t forget to come back for our live recap!

Tonight’s final episode of “After Paradise” begins with host Chris Harrison and his guests: Sean and Catherine Lowe, Jenny Mollen, comedian Nikki Glaser, and former Miss America Kira. Jenny raves about Jade roper and Tanner Tolbert’s proposal – she admits that she and her husband were both sobbing when they watched the episode because it was so sweet. Sean can vouch for Tanner – he knows how nervous he must have been. Catherine feels sorry for Carly though, she can’t imagine how horrible she must feel after her break-up from Kirk DeWindt. All of Chris’s hosts agree that Carly most definitely was not over-reacting and Kirk totally blindsided her when he dumped her.

First up Tenley Molzahn takes the stage to discuss her break-up with Joshua Albers. She explains that while she was in Mexico – Josh made her feel safe and happy, but she knew that they wouldn’t be a good match outside of Paradise. She jokes that his horrible tattoos of hula dancers and lightning bolts didn’t really help his case either. Josh calls in to talk about his break-up with Tenley, he says that he was really hopeful that they were going to stay together – but he knows that their lifestyles are completely different I real life.

Cassandra joins Chris and Jenny next on stage to discuss her relationship with Justin Reich. Kira and Nikki rave about perfect Justin and Cassandra were for each other. Cassandra announces that she is in a relationship and she is very happy – but it is not with Justin, it’s with Jonathan Holloway. Jonathan joins them on stage – they explain that they actually met at a job and they only live like 30 minutes from each other. Cassandra explains that after paradise, she and Justin didn’t really have a future once they were back in real life.

Carly Waddell is up next to discuss her break-up with Kirk DeWindt, she joins Chris Harrison and Jenny Mollen on the “After Paradise” stage. Chris shares a heart-breaking never-before-seen clip of Carly singing a song she wrote to Kirk to him. Carly gets emotional and says that she has no idea what happened between them in paradise, because Kirk was telling her that he was in love with her and they were even making plans to have a family together. She is furious that she missed her brother’s wedding to be in paradise with Kirk.

Chris Harrison bring Kirk out on stage – it is the first time that he and Carly have saw each other since their break-up in paradise. Kirk starts off by saying that he is truly sorry for hurting Carly and he wishes that he could go back and change things – he thought that their relationship deserved more than their last conversation. Kirk explains that he was afraid that if he told her he had doubts she would leave him and not give their relationship a chance. Overall, he just thought that they were moving too fast – and he wanted to go at a slower pace.

Carly isn’t buying it – she points out that the night before their break-up he told her that he couldn’t wait to meet her family, and he wanted to go to her brother’s wedding with her. Kirk apologizes again an says that he never meant to mislead her, he thinks that Carly should have known that he wasn’t feeling it 100%.

Before “After Paradise” comes to a close – we get to hear from the new reigning Bachelor in Paradise couple Jade Roper and Tanner Tolbert. Jade flashes her Neil Lane engagement ring for Chris and Jenny. Tanner raves that they are actually doing better since they left paradise – and their relationship is only getting stronger. Jade jokes that she has been wearing disguises and visiting Tanner in Kansas City ever since they were done filming. Catherine and Sean wish them the best of luck, and advise them to just “stay true to themselves.”