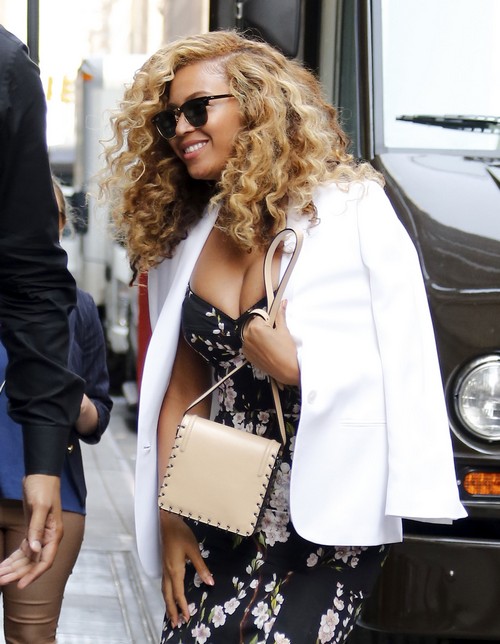 Is Beyoncé demanding the lead role in “A Star Is Born”? Does Bradley Cooper – the film’s director – fear the movie will be a major flop with Bey in the lead role?

An insider revealed to Page Six that Queen B is taking acting lessons and has been searching for “an iconic dramatic role.” A source working on pre-production of the film divulged, “Beyoncé is a go.”

The songstress is kinda-sorta in the same league as the legendary ladies who took on the role of Esther – Judy Garland and Barbra Streisand – when it comes to singing, but acting? Judy and Barbra were already successful actresses before taking on their respective version of “A Star is Born.”

It’s not to say Beyoncé wouldn’t knock it out of the park in the lead role of Esther. But the film will be Bradley’s directorial debut, and Cooper has to ensure that the cast is perfect. Critics are most likely to compare the remake of a remake – rumored to be released in 2017 – to both the 1954 version starring Judy Garland, and the 1976 version starring Barbra Streisand.

Clint Eastwood, who directed Bradley in the Academy Award-winning “American Sniper,” dropped out as the director of “A Star is Born.” Did Eastwood, who has won multiple Academy Awards, abandon the project when the “Unforgiven” actor/director found out Queen B was “a go”?

Those in the know reveal that say Bradley Cooper is scrambling to cast the all the roles in the film. Are Hollywood heavyweights steering clear because they also fear the movie will be a disaster of epic proportions? Let’s face it, actors have ginormous egos – but Bey-Bey may rival them all.

How does Jay Z feel about Beyoncé adding acting to an already full plate? Knowles has had cameo appearances and bit parts in a few movies, but has never taken on a leading role. Music’s hottest power allegedly has marital problems so severe that Jay Z and Bey are living at opposite ends of their brand new Hollywood mansion. Bey taking on more work may not cause further marital problems, but it probably wouldn’t help either.

Is Beyoncé Knowles going to make a big screen, starring role premiere in Bradley Cooper’s reboot of “A Star is Born”? Or would it be best for Cooper to stay far, far away from the diva Queen B?