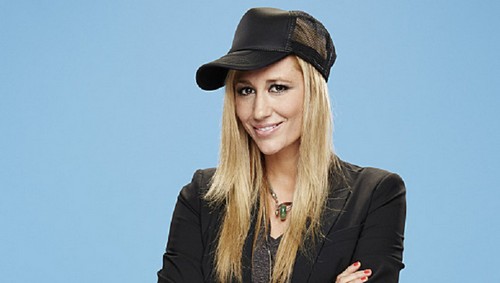 “Big Brother 17” spoilers are in and the live feeds were on fire after James was evicted from the house – claims were made that the show is fixed for Vanessa to win. Fans were upset that the house didn’t flip and save James. Immediately, fans reacted by saying they were canceling their feeds for the rest of the season. The general feeling was since James wasn’t in the house, they didn’t want to stick around and watch Vanessa win the game. Angry fans hinted that the BB17 game was fixed. Is it possible that the Big Brother 17 show knew before the season started that World Poker Tour champion, Vanessa Rousso would take home the win?

One of the very vocal fans last night claimed that he had a friend who was close to a cameraman on the set. He said that it was in network’s best interest for Vanessa to win the show. According to the inside source, Vanessa has a new CBS show called “Poker Face.” In the show, she will host poker tournaments in Las Vegas. It looks like the show may have contracts with a few of the largest casinos in Vegas. He claimed that she was recruited to play the BB17 game in order to gain fame with CBS viewers – which will result in her new show gaining more attention.

This isn’t the first time that someone accused Big Brother of manipulating the game. Fans have speculated that the show was helping Vanessa when she beat the odds and stayed in the house after she was the planned target five weeks ago. She managed to get her houseguests to keep her even though she was a bigger target than Shelli. At the time, live feeders were certain that production likely convinced Meg and James to keep her and they persuaded the other houseguests to vote with them.

Is it possible that the game of “Big Brother 17” is merely a scripted show made to look like a reality show? Is it possible that when Vanessa was brought on the show producers knew she’d win the game and are planning for it? Do you think Vanessa’s new “Poker Face” show has anything to do with her playing the game this summer and doing so well so far? One thing is for sure, the way Vanessa is playing the game right now – there is no way she won’t be in the final three.