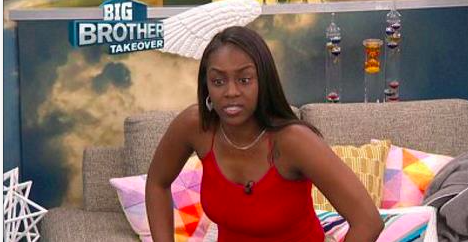 Big Brother 17 week 2 spoilers for nominations, Power of Veto and Battle of the Block are pouring in and CDL gets you in the know right here. Wow! What a Friday and Saturday it was on the live feeds in the Big Brother 17 house. Already we know who was nominated, who won the BB17 week 2 Battle of the Block and who won the Power of Veto. If you can’t wait for this week’s television episodes and want it all now, read on!

When the televised show went off the air, we knew that Shelli and Becky were the new week two HoHs. Becky put up Jason and Steve and Shelli put up Da’Vonne and John. These were fairly expected nominations with the possible exception of Da’Vonne. Shelli wanted her as the target but putting her up directly is risky. Now she can compete. Becky, however, is after Audrey and is playing the pawn game to try to backdoor her like they did Jace.

Then Steve and Jason won an early morning Battle of the Block taking Becky out of the HoH power and making Shelli the primary power wielder. Her target is Da’Vonne at this point in the game, but what about the Veto? Will Da’Vonne or John pull themselves off the block?

Fast forward a little bit and you find out that John wins the power of veto and fully intends to pull himself off the block. This despite the efforts of Shelli to have him not use it so she won’t get blood on her hands via a new replacement nominee. Why Shelli is so worried about such things is beyond me. Big Brother is all about getting blood on your hands and you should welcome the war paint. That is part of what makes you a viable contender when the end of the game comes around. Make a decision girl and zero in on your target…Da’Vonne!

As for the new replacement nominee, that has been moving around like mad. It has gone from Meg, to Liz, to Meg and back again. Right now, it looks like it will be Meg going up with Da’Vonne with Day being the primary target.

One thing’s for sure. With Shelli in charge, anything might happen. The girl can’t seem to make up her mind! With the twist of the last laugh floating around out there, we can’t be too sure about what is coming. No matter who is up there, the last laugh trick could really flip the vote without much trouble. This has to be weighing heavy on Shelli’s mind but she simply needs to think it through and go with someone that is not going to hurt her game. If she really wanted “no blood” on her hands, she should put up Audrey. Yes, she has an alliance with her but the majority in the house want her gone.

Perhaps this is personal with Da’Vonne at this point. That is often a huge mistake in the end. We shall see. Come back to CDL for all your Big Brother 17 recaps, spoilers, rumors and news!