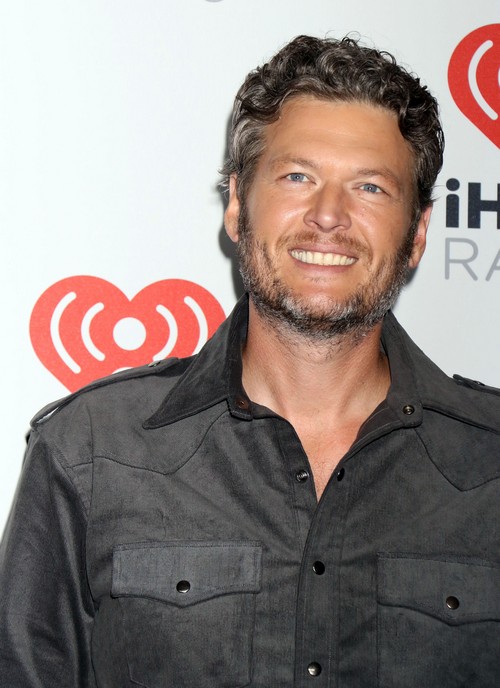 Blake has always been open about his love for booze and partying, but now that he is a single man and divorced from Miranda Lambert – he doesn’t have to hide his wild ways any longer. No one loves being single and free to do as he pleases as much as country crooner Blake Shelton. Since his marriage to Miranda Lambert ended, Blake has allegedly been partying non-stop, boozing more than ever, and romancing various women. According to a new report by In Touch, Blake’s team has been trying to convince him to check in to rehab and do a 30 day treatment plan – but the singer refuses – highly unlikely!

Blake Shelton is the cover story of this week’s edition of In Touch Magazine, the headline read: “Rehab For Blake: He Finally Hits Rock Bottom.” According to In Touch Magazine’s alleged inside sources, Blake Shelton’s wild partying at a pal’s recent bachelor party raised few eyebrows, and has his close circle fearing he may need some treatment.

A unnamed alleged eyewitness at the party dished to In Touch Magazine, “He was doing shots of tequila nonstop and partied with strippers all weekend. Things got more and more wild each day he was there. One night, the country star and his pals went to a local strip club called Dassan. They were in the mood to party, and they did. He was taking turns kissing two women while he walked through the lobby carrying two fresh bottles of tequila. Then they went up to his suite, got into the hot tub on the balcony and did tequila shots. Blake was kissing both girls there before they went into the bedroom for the night.”

So, basically the story describes Blake as a born again Bachelor – the man has been married for and off the market for years, we should probably cut him a little slack. Drinking tequila and making out with more than one girl don’t exactly warrant a trip to rehab. Actually that just sounds like a typical Friday night for a lot of people. Blake is just supposedly doing what every man does after a divorce – everything he wasn’t allowed to do while he was married to Miranda Lambert. Once he gets it all out of his system he will most likely settle back down.

What do you guys think? Does Blake Shelton need to go to rehab as In Touch claims? Or is he just enjoying being a single man again? Let us know what you think in the comments below!