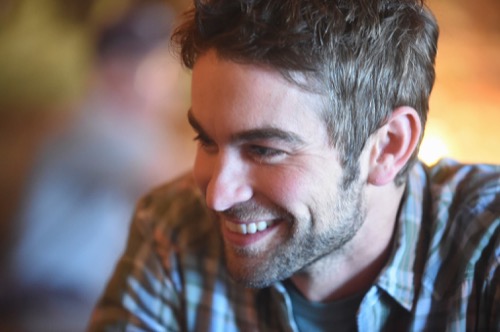 Tonight on ABC Blood & Oil airs with an all new Sunday October 25, season 1 episode 5, called, “Rocks and Hard Places” and we have your weekly recap and spoilers below. On tonight’s episode Lacey (Miranda Rae Mayo) joins the family business; Billy (Chace Crawford) tries to blackmail Hap (Don Johnson) with information Cody (Rebecca Rittenhouse) shared with him in confidence.

On the last episode, Hap, who no longer suspected Wick of involvement in the oil heist, extended an olive branch to his son Billy turned to an unlikely ally for help in his quest for revenge against Hap; Wick ignored Hap’s wished and continued to see Jules, and even got Carla to help throw her a birthday party at the house; and AJ made a major decision after things came to a head with Lacey. Did you watch last week’s episode? If you missed it we have a full and detailed recap right here for you.

On tonight’s episode as per the ABC synopsis, “Lacey joins the family business; Billy tries to blackmail Hap with information Cody shared with him in confidence; Hap informs Sheriff Tip that Wick may know more about the robbery than he’s letting on; and Cody is put in harm’s way when Wick lashes out at Gary.”

Tonight’s season 1 episode 5 looks like it is going to be great so make sure that you tune in to our live coverage of Blood & Oil at 9:00 PM EST!

Tonight’s episode of “Blood & Oil” kicks off with Cody and Billy at their baby’s sonogram, they get to hear the heartbeat and learn that she is pregnant with a boy. After the appointment, Cody tells Billy that she wants to start planning a housewarming party so that they an invite all of their friends to see their new house. Meanwhile, Wick is in bed with Jules, and talking about how amazing his life is right now – he feels like all of his problems have gone away. He might be speaking too soon though, his partner in crime Gary was driving drunk and racing down the road and crashed his car.

Wick heads over to Hap’s house, she says that their dad is still upstairs with Carla. She tries to get Wick to go for a walk with her by the river, but he turns her down. Hap comes down stairs and announces to Wick that Lacey is not going back to school, she is staying there to work at their family business. Wick obviously isn’t happy about sharing the spotlight with his sister at the family business.

Billy has a plan – he thinks that he and Clifton should buy oil tankers and lease the to the oil companies and make money that way. Billy rushes over to Clifton’s house to tell him his plan, he learns from his granddaughter that Clifton is in the hospital – he had a heart attack. They rush to the hospital and Clifton says that starting a new business is a “young man’s game” but he thinks Billy has a solid plan. He tells Billy that in order to “beat Hap Briggs, he has to be Hap Briggs.”

Hap can’t let go of the idea that Wick might be one of the men at the oil site that nearly killed him and pulled a gun on him. Hap pays Sherriff Tip a visit and demands to know if Wick was involved. Tip tells him that he doesn’t have enough evidence to charge Wick, but he has no doubt that Wick knows a lot more about what happened that night that he is saying he does.

Cody is running around and getting things ready for their housewarming part. She has Kess’s wife and Fynn over to discuss the menu – after Cody leaves, Fynn makes a move on Kess’s wife and kisses her. He tells her that he can’t stop thinking about her. She pushes him off and says that she “can’t do this” before she rushes out of the house.

Lacy and Wick head to an oil dig site to check on the progress. While they are there, there is a problem – the drill operator tells Wick that the dig is much harder than they thought it was going to be and they hit another slab. He wants more money, Wick tells him that they are not renegotiating and the drill operator packs his equipment and men up and says that he quits.

While Wick is arguing with the machine operator, Gary pops up out of nowhere and begins taunting Wick. Gary tells Wick that he needs $20,000 for a new car and to pay the doctor – his arm is broken from the car crash. Wick laughs that he doesn’t have that kind of money, Gary tells him to figure it out or else he will tell Tip that he murdered Sphinks.

Hap pays Jules a visit, he tries to give her a gift – but she turns him down. He says he just came to talk, Hap confesses that he thinks Wick was one of the guys that robbed him at the oil site. Jules isn’t buying it, she thinks that he is making up stories about Wick because he is trying to break them up and win her back. She kicks him out and throws away the gift that he brought her.
Wick is freaking out, he heads to Sherriff tip’s office and tells him that Gary is blackmailing him because he gave him the rig codes to steal the tanker. Wick says that Gary killed Sphinks and even confessed it to him. He wants to set Gary up, he knows where he is staying. Wick even says that he is willing to testify against Gary in court.

Cody stops by Jules’ house to go over stuff for the housewarming party – she sees the giftbag in the trash that Hap brought, and it says “Big Sur” on it. She knows that Hap and Carla just got back from their vacation at Big Sur and she puts two and two together and realizes that the man that Jules was arguing with on the phone was her boyfriend’s dad Hap. Cody heads home and tells Billy that she thinks Jules is having an affair with Hap.

In the food truck, Flynn and Kess have a heart to heart. Kess confesses that he is addicted to gambling, and he has lost all of his and Ada’s money. Flynn says that he can help him save his business and his marriage, he takes out a bag of drugs and proposes they start selling that out of the truck besides just chicken.

Billy heads over to Hap’s house, he says that he “wants to be friends” and then he casually reveals that he knows Hap is sleeping with Jules. Billy blackmails Hap and says that he wants 5% of McCutchings back or else he will tell Carla about Hap’s affair. Hap calls Billy’s bluff and calls his wife Carla inside – he tells her that Billy has something to say to her. Billy doesn’t have the heart to do it, he tells Hap “never mind” and runs out of the house.

Cody goes back to Jules house, she tells her that her friendship means everything to her – and she knows that she is having an affair with Hap. Cody wants Jules to know that she doesn’t judge her. Jules tells Cody that she ended things with Hap, but he isn’t exactly an easy person to say “no” to. While they are talking – Hap calls Jules cell phone, he tells her that Billy trued to blackmail him. Cody rushes home, she is furious, she can’t believe that Billy betrayed her and Jules. She shouts to Billy that he made her lose the only friend that she had there.

Wick is strapped with a wire, he heads out to meet Gary – Tip and his deputy are nearby listening in. Tip says that as soon as Gary admits to the murder, they will move in and arrest him. While they are talking – Gary hears Tip’s radio going off and realizes that he is being set up. He threatens Wick and tells him he is a dead man before he runs off. Tip and Wick blew it…they didn’t get anything incriminating on tape.

Tonight’s episode ends with everyone at Cody and Billy’s house for the housewarming envelope – Cody isn’t there, she went to work and hasn’t returned. She is missing her own party, because she is still made at Billy. Back at Hap’s house, Carla corners him and demands to know who is he having an affair with – Hap swears that there is “no one else but her.” Cody is still at the pharmacy, Gary barges in with a gun and a ski mask on – he shouts at her to fill the bag with cash and give her paid meds. She tries to outsmart him and they wind up struggling with each other and he attacks her and runs out the door. A few minutes later Billy finds Cody in the pharmacy on the floor, covered in blood – he screams for someone to call 911.