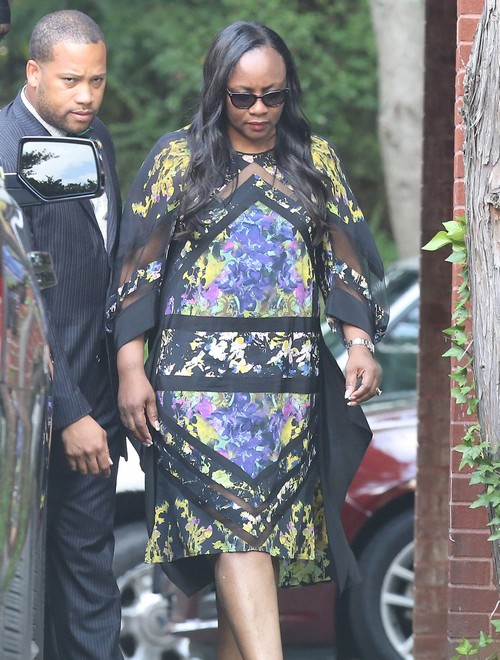 Bobbi Kristina Brown passed away on July 26, half a year after she was found face down in bath tub after a drowning incident. Although Bobbi Kristina was still technically alive over the course of the last six months – her family members were already battling over her $20 Million inheritance from her late mother Whitney Houston. Now, that Bobbi Kristina has officially passed away, the Houston Family, her father Bobby Brown, and boyfriend Nick Gordon are in an all out war over the Bobbi Kristina’s bank account.

Whitney Houston’s will clearly stated that in the event anything were to happen to her daughter Bobbi Kristina – the $20 Million inheritance was to go to her mother Cissy Houston, and brother Gary and his wife Pat Houston. However, Bobby Brown is furious that he is getting cut out, and despite the fact that the Houston Family is already suing Nick Gordon for $10 Million and accusing him of murdering Bobbi Kristina – he also thinks he deserves a piece of the pie. Nick Gordon really has no leg to stand on other than the fact that he claims he and Bobbi Kristina were “married,” but he hasn’t produced a marriage license yet.

An insider source close to the Houston Family dished to In Touch Magazine, “Cissy is still grieving the loss of her daughter, and now her granddaughter. She already spends the days crying, and now her phones are ringing from lawyers representing Bobby and Nick. She hates being at the center of the storm. There is a legal battle brewing. All hands are out for Whitney’s millions.”

Legally Bobby Brown and Nick Gordon’s chances of getting any of Bobbi Kristina’s $20 Million inheritance are slim to none. But, that isn’t going to stop them from trying. It’s not really a matter of Bobby feeling that he is entitled to the money, he just doesn’t want the Houston’s to get their hands on it. Do you think that Bobby and Nick will ever see a dime, should they? Let us know what you think in the comments below!