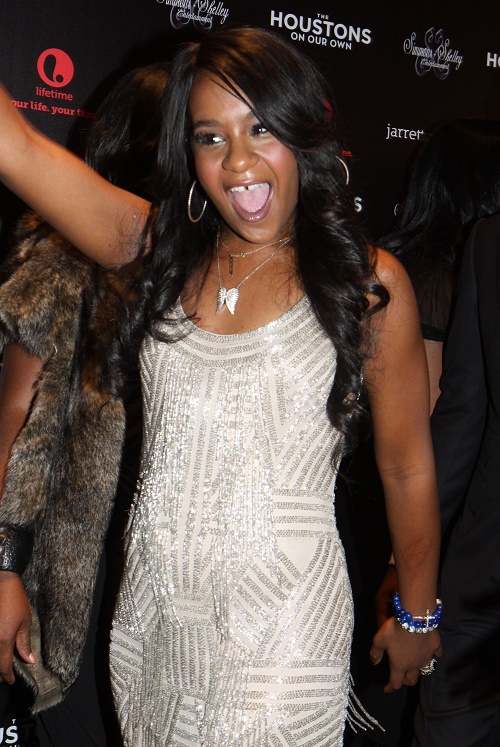 After spending nearly 6 months in coma, Bobbi Kristina Brown has died. Now that the daughter of Whitney Houston has passed away, authorities and her family will begin examining what happened to the 22-year-old. However, it won’t be easy, as Bobbi Kristina Brown’s autopsy results and cause of death will be “challenging” in the upcoming murder investigation.

Bobbi died on Sunday in a hospice facility in Atlanta. Family surrounded Whitney Houston’s daughter and the Houston family’s rep confirmed the news of Bobbi Kristina Brown’s death. Per state laws, Bobbi’s death was reported to Fulton County Medical Examiner’s Office due to the “investigation of known or suspected non-natural deaths,” according to E! News. From there, the office will perform an autopsy and any additional lab testing, which will finally reveal the cause of her death.

However, it might not be that easy. Bobbi Kristina was found face down in her bath tub on January 31. Since her lifeless body was discovered, Bobbi has been in the hospital, rehab, and a hospice facility over the course of nearly 6 months. Bobby Brown was vehement in keeping her alive, attempting to give her chance at life out of love…or guilt. Whatever the reason Bobbi was kept alive, it could play a role into her murder investigation.

“The time which has elapsed between the initial event on January 31 and her resulting death will complicate reconstruction of the events surrounding her initial unresponsiveness,” the medical examiner’s office revealed to E! News. “Interpretation of autopsy findings and other information will also be challenging. However, an autopsy could be helpful to address questions which may arise about the cause of her unresponsiveness and eventual death,” the examiner confirmed. That means, it is possible Bobbi Kristina Brown’s autopsy results could shed very little light on what caused her drowning incident, and provide little help in the murder investigation building against Nick Gordon.

Currently, the Roswell Police Department are handling Bobbi Kristina Brown’s murder investigation. A number of alarming details shared by Bobbi’s neighbor, whom she allegedly called “Mama Deb,” paint a very guilty portrait of Nick. The neighbor told Radar the details following the moment authorities arrived on the scene. Gordon “reeked of alcohol” and was pulling pal, Max Lomas, aside for secret conversations, according to Deb. The neighbor also revealed she heard screaming coming from Bobbi and Nick’s home the night before Bobbi Kristina’s drowning incident.

Since Bobbi was moved to hospice after the family accepted her condition, Nick has assembled a legal team to defend himself in court. Not only is Gordon possibly facing murder charges, Nick is also facing a $10 million lawsuit filed by Bedelia Hargrove. The details of the lawsuit, initially shared by People, claim Nick Gordon beat Bobbi; knocking out her teeth and dragging her around by her hair, and stole large amounts of money. One of Nick’s withdrawals from Bobbi Kristina’s bank account happened after she was in the hospital in a coma.

It could be weeks before a final report with Bobbi Kristina Brown’s cause of death is finalized. What do you think we learn from the autopsy? Is Nick Gordon guilty of murder? Let us know in the comment section below.