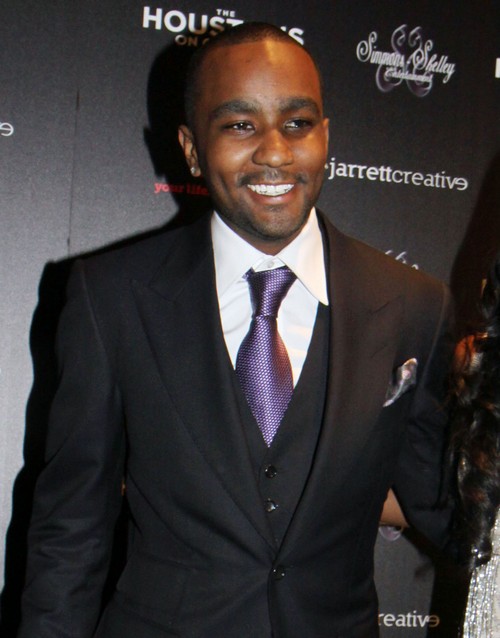 Nick Gordon is ready for his close-up! Bobbi Kristina Brown’s brother/husband/boyfriend has scored an interview with talk-show legend Dr. Phil. TMZ is reporting that Dr. Phil is en route to Georgia to sit down with Nick Gordon and discuss the chilling details leading up to Bobbi Kristina’s drowning, they are set to film the exclusive interview within the next few days.

Bobbi Kristina Brown, the daughter of Whitney Houston and Bobby Brown, turned 22 years old on Wednesday March 4 while she lay in a Georgia hospital in a medically induced coma – being kept alive by life-support machines. On January 31st Bobbi was found face down in her bath tub by her “husband” Nick Gordon and was unresponsive, since she was rushed to the hospital her condition has only worsened and she shows no signs of waking up.

Since Bobbi Kristina’s drowning the Brown Family and Houston Family can’t seem to agree on anything – like who deserves her $20 Million inheritance or if and when they should pull the plug and let Bobbi pass peacefully. But, they did seem to agree on one thing – under no condition is Nick Gordon allowed in Bobbi’s hospital room, he has been banned from visiting Bobbi on life-support.

Nick Gordon has had plenty to say on social media, and apparently has agreed to sit down Dr. Phil and discuss Bobbi Kristina’s drowning and what really happened that grim Saturday morning. Seeing as how Nick Gordon isn’t legally married to Bobbi and will not be receiving any of her inheritance, he has to get creative and cash in on her drowning in other ways – like exclusive interviews. There is no news yet on how much Gordon is being paid for his Dr. Phil interview, but he should probably put it away to pay his legal team.

Nick has been at the center of a criminal investigation since Bobbi Kristina was rushed to the hospital and there appeared to be bruises on her that were not a result of the drowning or CPR. And, to top it off Nick’s pal Max Lomas told investigators that while they were waiting for the ambulance to arrive Nick ran around the bathroom cleaning up blood stains. Considering he is still being investigated by Georgia Police – one wrong statement in his interview could land him behind bars. Here’s to hoping his Dr. Phil paycheck will be enough to cover his bail money!