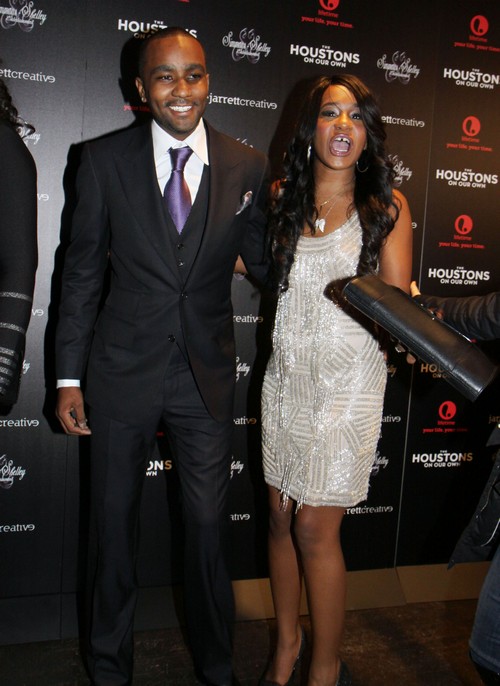 Bobbi Kristina Brown’s condition is not improving, and reports are that the Houston family is growing impatient waiting for the $20 million inheritance. The rumors continue as Pat and Cissy Houston try to convince Bobby Brown to remove his only daughter from life support.

Bobbi Kristina Brown has been in a medically induced coma since January 31, 2015 after she was found face down in her bathtub. Initial media reports claimed Bobbi was brain dead, however People quickly found a source who clarified that Bobbi Kristina was not brain dead, but had ”very little brain activity.”

Her family and doctors have attempted to give Bobbi plenty of time to heal while hoping for the miracle that specialists have confirmed is Bobbi Kristina’s only hope for recovery. Attempts to take her out of the coma resulted in violent seizures, and Whitney Houston and Bobby Brown’s only child was put back into a coma.

Rumors have circulated that Bobbi Kristina Brown’s condition had slight improvements after Bobbi’s aunt, Leolah Brown, confirmed to Fox 5 News that Bobbi opened her eyes. Doctors explained that blinking could just be physical reaction and nothing more, that this didn’t indicate any higher brain activity. Leolah painted a very different picture telling the media outlet, “There are so many signs showing us that she will be OK. In spite of what people are saying over the Internet, Krissi is fine, as I sit here before you today.”

Bobbi Kristina was then moved from Emory University Hospital to an Atlanta rehabilitation facility, DeKalb Medical, which sparked more hope for Bobbi, but the transfer was hospital policy and not due to any improvements. While Leolah and Bobby Brown hold onto the hope of a miracle, it appears Cissy and Pat Houston are ready to let Bobbi Kristina Brown go. Bobby has been quiet and avoiding press, but Leolah has been voicing her opinions very clearly.

As we reported, Leolah shared the news that Nick Gordon, Bobbi Kristina’s husband who the family raised like their own son, is “under investigation for the attempted murder.” Bobby’s sister also added she believes Pat Houston also had something to do with Bobbi Kristina’s state.

The family has met several times to discuss whether or not Bobbi Kristina Brown should be removed from life support. It seems that Pat Houston and Cissy Houston are growing impatient and want to let Bobbi die in peace so the “nightmare” will end, but it’s clear they know that Bobbi’s medical bills will be deducted from their inheritance. Each day Bobbi Kristina Brown remains on life support, Pat and Cissy lose money. Bobby Brown, who has the control over his daughter’s health, refuses to remove Bobbi from life support. Brown continues to pray for a miracle, religiously visiting Bobbi, but Pat and Cissy are pressuring Bobby to pull the plug.

Is Bobby Brown keeping Bobbi Kristina Brown on life support because he can’t let his daughter go? Losing a child is the most difficult thing a person can go through, there’s no doubt there. But, preventing Cissy and Pat Houston from cashing in on his daughter’s death must be playing a part in his decision. Luckily, Bobby has support from his family. Leolah is standing by him and Jerod Brown, Bobbi Kristina’s cousin, tweeted his support of Bobby’s choice to hold out for a miracle.

What do you think? Will Pat and Cissy Houston’s greed bully Bobby Brown into removing Bobbi Kristina Brown from life support? Should the money play a part in the decision?