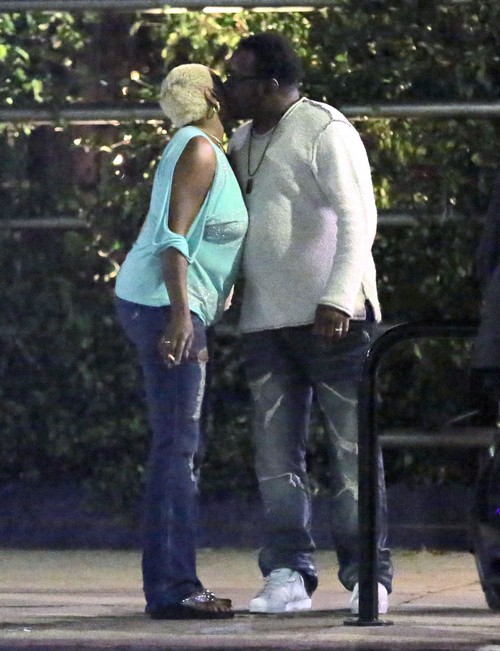 Just two weeks after burying his daughter, Bobbi Kristina Brown, Bobby Brown is partying and laughing with fans – clearly moving on with his growing family. Bobbi Kristina Brown was found unresponsive in her bath tub on January 31. From the moment her lifeless body was taken to a hospital, the Houston and Brown family drama intensified the drowning incident which ended in Bobbi Kristina’s death.

Bobbi Kristina led a drug-filled and traumatic life. The 22-year-old watched her mother, Whitney Houston, abuse drugs and die, eerily enough, after being found face down in a bathtub. Bobbi lived with an abusive boyfriend who stole her money and likely played a role in her death. Her family, the Browns and Houstons, did very little – if anything – to help her battle her addictions.

More details of Bobbi Kristina Brown’s death are alarming. The neighbor who told Radar about the screaming she heard the night before Bobbi’s drowning were just the beginning. Now, according to USA Today, words like “toxic cocktail” and “wrongful death lawsuit” make Bobbi Kristina’s case even more troubling. The court-appointed conservator, Bedelia Hargrove, amended the $60 million lawsuit filed against Nick Gordon, painting a very grim picture of what Bobbi’s family believed happened the day the daughter of Whitney Houston went into a coma.

The family believes Nick and Bobbi had a “30-minute knock-down-drag-out fight” stemming from Gordon’s belief Bobbi was cheating. The lawsuit further alleges suddenly “everything abruptly became quiet. Upon information and belief, (Gordon) gave Bobbi Kristina a toxic cocktail rendering her unconscious and then put her face down in a tub of cold water causing her to suffer brain damage.”

As USA Today further points out, a dust pan was found at the bottom of the tub Bobbi Kristina drown in. No reason or explanation was given as to how it supposedly got there. In addition to dust pan, the lawsuit notes that Gordon was said to have come home from a cocaine and drinking binge where he “reviewed camera footage of Bobbi Kristina and listened to her conversations.” After finding her body, Gordon was said to have drained the water from the tub and started shouting, “Clean up, clean up!”

All these allegations are beyond troubling, but Bobby Brown doesn’t seem fazed by the gruesome details. Just two weeks after burying the daughter he had with Whitney Houston, Bobby was photographed laughing and posing for pictures outside the Ha Ha Cafe comedy club in North Hollywood, California.

The pictures show Bobby smiling and laughing with fans despite the fact he just buried daughter who was likely murdered by her live-in boyfriend who was stealing large amounts of money from her. On top of Bobbi Kristina Brown’s wrongful death, Brown’s wife, Alicia Etheredge, has also been experiencing some health problems. Just two weeks before Bobbi’s death, Alicia gave birth to their second child – a baby girl. After the service for Bobbi Kristina, Alicia suffered a seizure at a hotel where the family was staying.

What do you think of Bobby Brown’s behavior just two weeks after burying his daughter, Bobbi Kristina Brown? Let us know in the comment section below!

Bobby Brown laughs it up with fans outside the Ha Ha Cafe comedy club in North Hollywood, California on August 11, 2015. Bobby looked to be in high spirits as he posed for pictures with fans despite the fact that it’s been just under two weeks since his daughter Bobbi Kristina’s funeral. FameFlynet