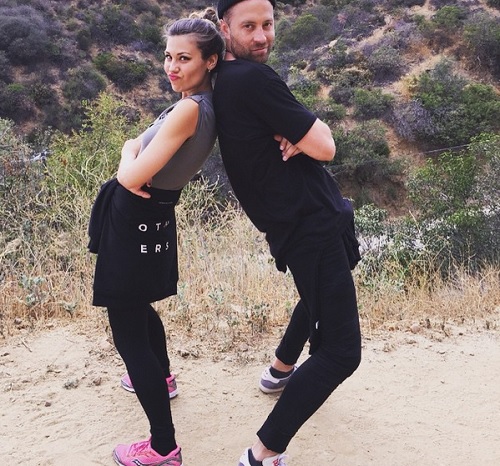 Season 11 of The Bachelorette castoffs Britt Nilsson and Brady Toops are still dating – and madly in love. Kaitlyn Bristowe may be the official 2015 Bachelorette and the star of the ABC reality TV show, but Brady Toops and Britt Nilsson’s love story has stolen the spotlight. And, we’re not exactly shocked, because they are literally the perfect couple! Who would have thought that out of all of the couples that find each other on The Bachelorette, one of the show’s biggest successes yet wasn’t even courtesy of the show or producers?

On Episode 2 of The Bachelorette, we saw Brady Toops arrive at Britt Nilsson’s hotel room and inform her that he quit The Bachelorette because he wanted to date her – not Kaitlyn Bristowe. The couple has been together ever since! After Episode 2 aired on Monday, May 25, Britt and Brady posted some super cute pictures of each other on Instagram to let fans know that they are still dating and going strong. On May 26, Brady and Britt went on a hike together and shared some pictures of themselves in their workout gear.

It really is ironic that Britt Nilsson and Brady Toops basically found each other, dated, and formed a relationship all without the help of rose ceremonies and 1-on-1 dates. Their love story is obviously sweeping Bachelor Nation and fans can’t get enough of them – but it isn’t really a good look for The Bachelorette producers. While they were running around filming Kaitlyn Bristowe and her guys’ crazy drama, Britt and Brady were falling in love all on their own, and their love story is the kind of story that Bachelorette fans want to see!

Have you been watching Season 11 of The Bachelorette? How cute are Brady Toops and Britt Nilsson (please see adorable photo above for Cute Evidence)? Do you think there are wedding bells in their future? Let us know what you think in the comments below and don’t forget to check CDL for all of your The Bachelorette spoilers and news.