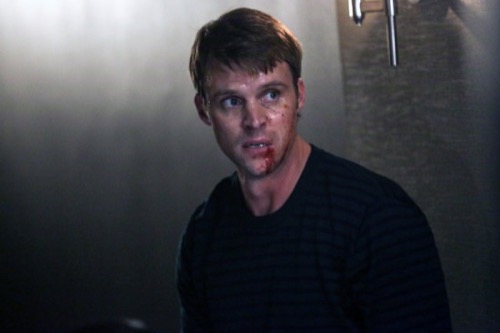 Tonight on NBC Chicago Fire premieres with an all new Tuesday, October 13, season 4 premiere episode called, “Let It Burn” and we have your weekly recap below. On tonight’s episode, in the Season 4 premiere, Casey (Jesse Spencer) is placed in a dangerous situation while working undercover to bring down a trafficking ring being run out of Nesbitt’s club.

On the season 3 finale, Lt. Casey (Jesse Spencer) put his life on the line and dug deeper into the shady dealings of Jack Nesbitt (guest star Eric Mabius). With members of truck and squad at odds over Rice’s (guest star Warren Christie) actions in the field, Chief Boden (Eamonn Walker) was left to figure out how to create unity in a divided house, while Severide (Taylor Kinney) came to question his own judgment. A dangerous warehouse blaze quickly got out of control and threatened members of firehouse 51, prompting Boden and Cruz (Joe Minoso) to risk everything to save their own. Elsewhere, Dawson (Monica Raymund) got some life-changing news. Did you watch the episode? If you missed it we have a full and detailed recap, right here for you.

On tonight’s episode as per the NBC synopsis, “in the Season 4 premiere, Casey is placed in a dangerous situation while working undercover to bring down a trafficking ring being run out of Nesbitt’s club; and the squad’s high turnover rate results in an unwelcome surprise for Severide. In other events, Dawson recognizes that her life is about to change; a new candidate makes an unusual first impression; and residents band together to protest a drug den in their neighborhood.”

Tonight’s season 4 premiere looks like it is going to be great and you won’t want to miss it, so be sure to tune in for our live coverage of NBC’s Chicago Fire.

When last we saw them, Casey found himself in a dangerous positon. Nesbitt knew he and Katya had been spying on him and apparently he was willing to do whatever it took to get information out of Casey. Casey was the only one after all that was still alive to tell him where Katya’s diary was.

Though she was killed for it, Katya had been smart about writing down everything she saw so Nesbitt that little diary of hers could land in prison for the rest of his life. Thus he went after them. And left a great big mess behind at Casey’s apartment after he kidnapped the firefighter.

And it happens, Dawson needed to tell Casey something important on that very night. So she had gone over to Casey’s and she found Katya’s body on the floor where Nesbitt’s people left her. Then promptly alerted her brother the detective to Casey being possibly in danger.

Antonio though had instantly picked up on what must have happened and his team was able to rescue Casey before Nesbitt could do any damage. Which you would think was a good thing. However, because the cops only found a perfectly fit Casey, they didn’t have enough evidence to arraign Nesbitt. Much less go over the feds’ heads.

Nesbitt proved to be an informant for the feds. So they claimed jurisdiction over what had happened. And, after all he’s been through, Antonio told his sister’s ex that Nesbitt could very well walk. Especially as no one had found Katya’s book but hearing that last part didn’t sit too well with Casey.

Casey like to pretend that he’s fine but no one believed he should have come back to work so soon. Including Dawson who hadn’t gone around to that conversation she needed to have with him. Anyways things weren’t so good at 51.

Dawson had shed her newbie status yet the guy that was supposed to replace her on the low totem pole turned out to be a little too unconventional. Jimmy Borelli was late for his first day and a couple of his buddies dropped him off naked on the firehouse’s doorstep. So the chief told him to go home and not to come back.

But the fact the house has seen a lot of overall had drawn unnecessary attention. It seems people have been taking note about all the men and sometimes women that have come and gone. And they needed to blame someone for it. So they’re blaming Severide.

Severide has been stripped of his rank and it looks like Captain Patterson will now be taking over the company.

His friends then tried to stick up for Severide even mentioning that he should fight the demotion. But Severide told them not to bother. He had already spoken to the chief and was told to ride out the decision. And that was easier said than done.

Severide still thought of the guys as his people and when the house received an emergency call about a house fire – Severide managed to butt heads with Patterson over who was in charge at the scene. For while Patterson didn’t mind that Severide spurned all of his overtures, he did mind when the other man gave orders that contradicted his in the field.

That house fire had been intentionally sent to drive out the bad influences in the neighborhood. So some of the neighbors had barricaded the block and were trying to stop the fire truck from intervening. And because they were blocked, Casey decided to hop into the truck and literally push the other cars out of the way. Thereby allowing the firefighters to go treat the fire.

And though they tried, someone still died in that house and Herrman couldn’t help but blame everyone that stood by and watched the fire.

But after such a day, Patterson told the chief that it was up to Severide to find his place now and that if he didn’t then it’s not their problem. He could always quits. And sadly that’s exactly what Severide was thinking of doing.

Though, funnily enough, Jimmy later came back. He made a heartfelt apology and the chief decided to give him a second chance at being the new cadet. So Jimmy will be the new face around the firehouse and hopefully he’ll make good at being ideal cadet.

And at the end of tonight’s episode, Casey decided to let go of his anger about Nesbitt and simply tell Dawson that she was the last face he saw right before he thought he was going to die. So he told her that he wanted a second chance and she told him that she was pregnant.