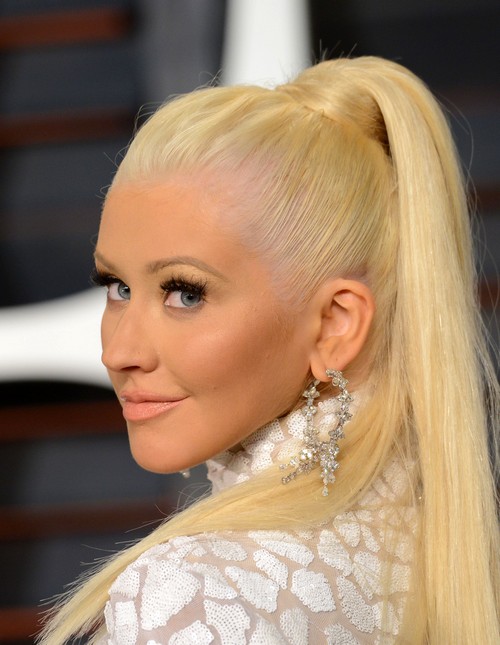 The Voice star Christina Aguilera will be appearing on the upcoming season of Nashville. Christina Aguilera has conquered the pop music scene as one of the reigning reality TV show queens on NBC’s The Voice – but Christina Aguilera is also determined to add actress to her lengthy resume. Apparently, Christina has dreamed of landing a permanent role on a prime time TV show for quite a while and she has finally done just that. According to spoilers from ABC, Aguilera has been cast in the upcoming season of their popular country music drama Nashville, along side divas Hayden Panettiere and Connie Britton.

According to the March 16th edition of GLOBE Magazine, “The Voice mentor Christina Aguilera has launched her bid to become a leading actress by joining the ABC drama Nashville for a series of guest appearances in a major role. The superstar singer will play pop queen Jade St. John, who arrives in Nashville for a two night stand at the Bridge Stone Arena, secretly hoping to fulfill her dream of recording a country album. But her record label wants her to abandon her country music dreams, leading to a showdown.”

Nashville spoilers tease that Aguilera’s Nashville debut will air on ABC this spring. This technically isn’t the first time Christina has dabbled in acting, she did work on the 2010 film Burlesque with Cher – but this is her first major gig since her Burlesque days. According to GLOBE Magazine, Aguilera isn’t just starring on the small screen, she plans to get behind the cameras as well and has also inked a deal with ABC to direct a new TV show that has yet to be announced. So, it makes since that Christina has committed to the role of Jade St. John on Nashville, you kind of have to know what does down on the set of major television drama before you begin trying to run a set of your own.

Are you a fan of ABC’s drama Nashville, are you excited to see Christina Aguilera join the cast? Do you think she will be a good fit, or should she stick to mentoring on The Voice? Let us know what you think in the comments below!