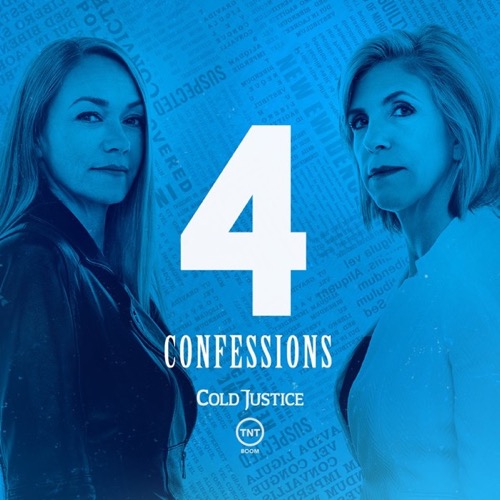 Tonight on TNT Cold Justice continues with an all new Friday February 27, season 3 episode 7 called, “Little League Dad” and we have your weekly recap below. On tonight’s episode a daily diary penned by a murder victim may help Kelly and Yolanda crack a case.

On the last episode, Real-life crime series Cold Justice followed former prosecutor Kelly Siegler and former crime-scene investigator Yolanda McClary as they dig into small-town murder case that had lingered for years without answers or justice. When an older man was found beaten and stabbed to death in 2006, the investigation into the mystery eventually went cold. In this episode, Kelly and Yolanda go to Bridgeport, W.V., to worked on their first case in which the victim might actually be the investigation’s very best witness, since his daily diary might just help solve the crime.

On tonight’s episode as per the TNT synopsis, “real-life crime series Cold Justice follows former prosecutor Kelly Siegler and former crime-scene investigator Yolanda McClary as they dig into small-town murder cases that have lingered for years without answers or justice. When a Little League coach from Arlington, Texas, is bludgeoned to death in his own bed, Kelly and Yolanda must figure out who would possibly want to kill such a beloved figure in the community.”

Paul Bowman, by all appearances, was an instinctive family man. In fact the main thing everyone, even people that might have held a grudge or wished to spite him, can agree on is that he was devoted to his sons. His wife on the other hand was a different matter altogether.

Paul had married and had his children late in life. But for the most part he didn’t let a little thing like that stopped him. You see he was a Little League Coach of his kids’ baseball team and furthermore he took active interest in everything his children wanted to be involved in. And yet on tonight’s all new episode of “Cold Justice” it’s up to Yolanda and Kelly to investigate whether or not that same devotion to his children is what led to Paul Bowman’s murder.

Consequently, there were only ever two primary suspects in Paul’s death. First it was just his wife and then her lover was eventually added.

Apparently, the marriage was an unhappy one and according to the rumor mill Martha Bowman had wanted out prior to Paul’s murder. Her husband however didn’t want his sons to be raised in a broken home. So, at the time, Paul is believed to have told his wife that divorce was completely off the table.

Paul it seems may have wanted to work on his marriage but his wife Martha hadn’t felt the same way. She instead of seeing someone else on the side, Pedro. And the relationship between those two was so ingrained – she needed to call him upwards to six times a day. Sometimes even calling her lover from the family home.

Plus there was the odd behavior after Paul’s death.

Martha and Pedro were each displaying odd behavior in the days afterwards. Martha had reportedly doused herself in rubbing alcohol shortly after her husband was found. And during the initial investigation, there were constant inconsistencies in her story. Such as when she refused to acknowledge seeing Pedro earlier that day. And as for Pedro, he soon took an unexplained trip to Mexico for a whole month. They actually didn’t get to talk or polygraph him for a good while because of that. But then again the results of that polygraph came back inclusive.

So, although Martha and Pedro look guilty, everything they did could have been a nervous reaction to stop anyone from finding out about their affair. And a case can be made that they knew an affair would make them look guilty of murder.

But did they actually commit the crime and did they do it together?

Out of the two, Martha looks to be the driving force. She was younger than her husband and, while he was spending time with the kids; she was out partying. Something she frequently loved to do. So Martha it seems wanted to still enjoy her youth and eventually she began to feel like her husband was holding back.

His family was disproving and so was he of her “wilder” side.

Hence, at first, she tried to get a divorce. Martha had allegedly gone on and on about one day living it up on the child support payments she was going to get from Paul. But Paul had stopped all of that when he said he didn’t want the divorce. Nor was he going to allow her to separate him from his sons. So that’s when the narrative of past events took a dark turn.

Not long after she realized Paul wasn’t going to let her have her way, Martha had turned to an old friend of hers. And this friend is now claiming that Martha asked him if he knew anyone that could help her husband disappear. At this point, the friend made sure the police knew what he meant when he said “disappear”. However he refused to actually words murder or kill.

And this story is correct then the detectives have proof that Martha was actively seeking to kill her husband. Now they have to question if she got Pedro to do it for her for free.

Yolanda and Kelley established a time line using cell phone records. And according to the records, the last time Martha and Pedro spoke on the day of the murder, the cell tower by his house was pinged. Meaning there was no call that can be used in court to prove collusion.

If Pedro had been the one to kill Paul then Martha would have called him the second her husband fell asleep and yet she did not. So the detectives removed Pedro off of their suspect list and honed in on Martha.

Paul was killed by a blunt object to the head. His killer didn’t need to be a man per say. They just needed to be angry and Martha was angry. But this case was still too circumstantial and without Martha’s confession – the DA was willing to continue to look into it but could not guarantee an indictment.

So, for now, Martha continues to go free.