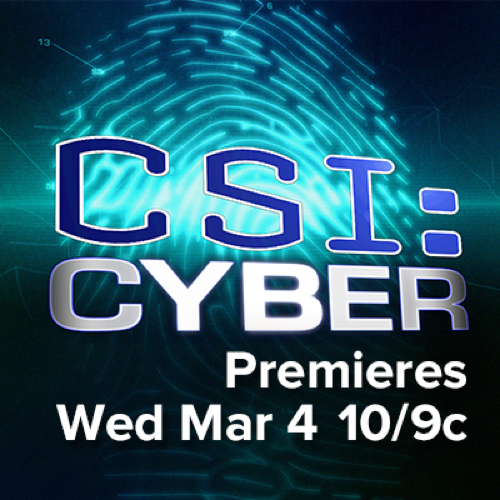 Tonight on CBS CSI: Cyber premieres with an all new Sunday January 4, season 1 premiere episode called, “Kidnapping 2.0,” and we have your weekly recap below. On tonight’s episode, agents with the FBI’s Cyber Crime Division investigate illegal activities on the Internet.

CSI: Cyber is about agents with the FBI’s Cyber Crime Division who investigate illegal activities on the Internet.  The series starts Patricia Arquette.

On tonight’s episode as per the CBS synopsis, “agents with the FBI’s Cyber Crime Division investigate illegal activities on the Internet. In the opener, the cyber analysts probe a case of hacked baby monitors.”

Tonight’s episode looks like it is going to be great and you won’t want to miss it, so be sure to tune in for our live coverage of CBS’s CSI: Cyper at 10:00 PM EST! While you wait for our recap hit the comments and let us know how excited you are about this new show.

You would never think a kidnapping of child would be a case for the Cyber unit yet on tonight’s premiere episode of the “CSI: Cyber”, we find out there’s more to Ryan and her team than merely handling computer fraudulence. A baby, Caleb, was sadly stolen from his crib and Avery Ryan had fought for this case to be hers. Apparently, the little boy’s baby monitor had been hacked and because the kidnapper could probably still be monitoring the family from the footage – she deemed it a cybercrime.

Early on in the investigation, the parents had told the police that they heard foreign voices coming from the monitor. It may have been Chinese or it may have been Japanese. Either way they couldn’t tell the difference. But the voices could end up being important to finding their son.

Whoever had stolen Caleb had observed him for weeks before they went through with their plan. So these people must have observed when he went down for a nap and they knew when his parents were going to be checking up on him. And while these things sound insignificant – it all went towards helping them kidnap a child.

However, the case then took a weird turn because Caleb’s mother knew something yet was refusing to discuss it with the people searching for her son. So the team did some digging into her back ground and what they found was an affair. Caleb’s mom had slept with someone else besides her husband during the all-important conception phase and so later a DNA test proved that the man she cheated with was actually her baby’s father.

So they raided the father’s place and what they found was baby though it oddly wasn’t Caleb.

The father it seems had been approached by the kidnappers. They wanted seventy-five grand and in return he would get his son back. But, when he paid them, they instead handing him another child that only bares a marking resemblance to his Caleb. So then the team had to figure whose baby they had and how the kidnappers knew about the affair to begin with.

The biological father was never allowed to see his son. Caleb’s mother didn’t want the truth coming out you see. After all she still had her marriage to fight for so she told the father that he couldn’t destroy her life. And seeing as he couldn’t get pass the mom to see the son, the father then hacked into his ex’s computer.

Thus explaining how the other hackers found out about him and knew they could sell him the wrong baby without him asking a lot of questions.

But the people that handed over the wrong baby were just bottom feeders. Moments after Ryan and Mundo found the couple, their boss had them killed.

It seems the couple didn’t have the authorization to have over a child. Especially not for less than a hundred grand when their employer was actually selling babies at almost a million. So this case was not the open/shut kidnapping everyone was praying it would be. Unfortunately, the cyber unit is frighteningly enough caught up with human trafficking.

Once they found out the voices the parents had heard were people around the world bidding for Caleb like a toy, Ryan had her team find the overall network and shut it down. She didn’t want the kidnapper to sell any more and she knew it would draw his attention until he ultimately confronted them. And just like she planned, the kidnapper made a mistake.

He wanted to send a message so rather than call Caleb’s parents and threaten the baby’s life that way – he hacked their neighbor’s son’s gaming console to deliver his message. And his message was this: he was going to kill Caleb if the cyber unit didn’t reopen his network. Apparently, business was booming for him and he didn’t want to end things anytime soon.

Besides Caleb, there was two other babies reported as kidnapped so even if they wanted to the Unit couldn’t allow their kidnapper to potentially sell two other children from out underneath their noses.

Yet, like it was planned, the kidnappers made a mistake. Gaming consuls as it turns out are heavily monitored to protect the children that mostly play with them. So the message they sent ended up pinning down their location. And from there, the unit went was able to find them.

Rescuing the children on the other hand was a tad more difficult. And that’s when the newest member to the unit proved his worth. Nelson was, thankfully, able to hack their tracking systems after he realized the kidnappers tattoos were actually the password. So he found where the babies were being moved and sent out a task force to their locations.

And it’s a good thing Mundo is a good swimmer because the couple that had Caleb were reckless. They had gotten themselves involved in a car chase that led to their car crashing into the river. And Caleb would have drowned with his abductors if Mundo hadn’t gotten to him in time.

So Caleb was returned to his parents along with the other two victims but next time a crime of this magnitude comes up – I don’t think anyone is going to be as quick to dismiss the Cyber unit as nerds again!