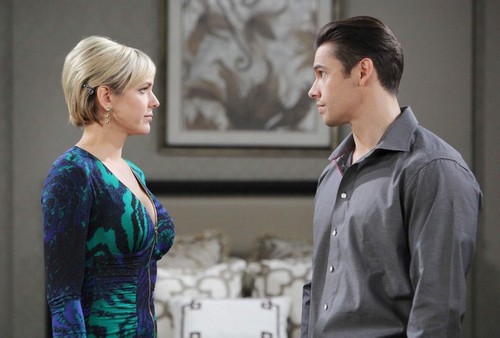 “Days of Our Lives” spoilers for Monday, August 10, tease that Chad (Billy Flynn) will learn some upsetting news. Abigail (Kate Mansi) recently told Chad that it was officially over and she sure wasn’t kidding. Just a few minutes later, Abigail met Ben (Robert Scott Wilson) at Club TBD and accepted his proposal. Now Chad’s in for an additional round of heartbreak as he finds out about the engagement.

Ben will take this opportunity to do a bit of gloating. It almost feels like Ben is more concerned with beating Chad than he is with winning Abigail’s heart. Either way, it seems Ben has emerged victorious—for now. DOOL rumors hint that Chad will have another chance, but he’ll have to suffer in the meantime. Stay tuned to “Days of Our Lives” to see if Chad will ever be reunited with his true love. 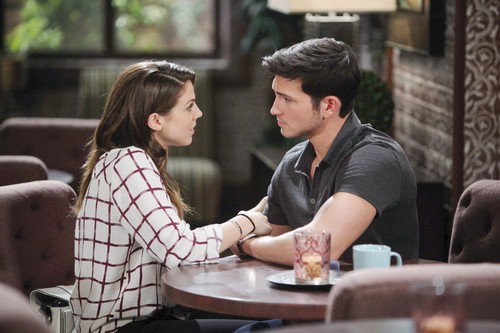 Across town, Theresa (Jen Lilley) will brace for Brady’s (Eric Martsolf) wrath. “Days” spoilers say Brady will push Theresa to admit she tried to trick him. Brady was convinced Theresa was scheming from the get-go and it appears he’s learned of her deception. Theresa will probably try to talk her way out of it, but Brady has grown tired of her antics. However, Theresa was willing to fake a broken ankle just to extend her stay at the mansion. You can bet that DOOL viewers haven’t seen the last of Theresa’s scheming. Word has it that Xander (Paul Telfer) could be Theresa’s next plotting partner.

Speaking of Xander, it looks like he’ll be stirring the pot once again. Xander just can’t help but cause trouble. “Days of Our Lives” spoilers reveal that Nicole (Arianne Zucker) will give Xander a piece of her mind when they face off once again. Meanwhile, Serena (Melissa Archer) will rush to get Caroline (Peggy McCay) help before it’s too late. Caroline obviously has a medical issue that needs attention right away. Stick with the NBC soap for updates on what’s ailing Caroline.

So “Days” fans, what do you think about Ben pouring salt in Chad’s wound? How will Abigail react to Ben rubbing in his victory? Will Theresa be able to convince Brady that she should stay at the mansion? Will Xander and Nicole’s confrontation get out of hand? What’s wrong with Caroline? Let us know what you think in the comments below and don’t forget to check CDL tomorrow for the latest “Days of Our Lives” spoilers, rumors, updates and news.