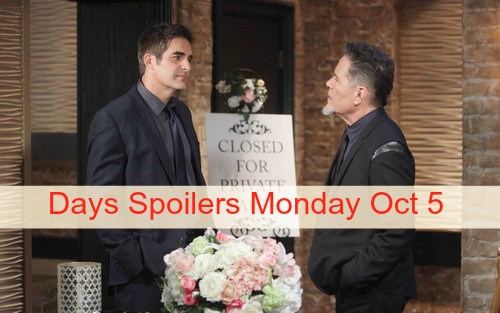 “Days of Our Lives” spoilers for Monday, October 5, tease that Steve’s (Stephen Nichols) quest to find Bo (Peter Reckell) will take a dangerous turn. Steve recently located the old monastery where Bo was being held prisoner, but Bo was nowhere to be found. DOOL viewers know that Bo tried to escape and now his captors are ramping up their torture tactics. These men want answers and Bo just isn’t willing to give them.

It’s not clear what info Bo has, but we can assume it would spell trouble if he spilled it. Plus, Bo would likely be killed after he gave all the details. Bo’s knowledge is probably what’s keeping him alive. It seems Steve may get a lead that will bring him one step closer to Bo.

However, Steve will be worried by whatever he finds. Later this week, “Days” spoilers suggest that Steve may return home with distressing news about his pal. Perhaps Steve will get some backup and head out once more to finish his rescue mission. 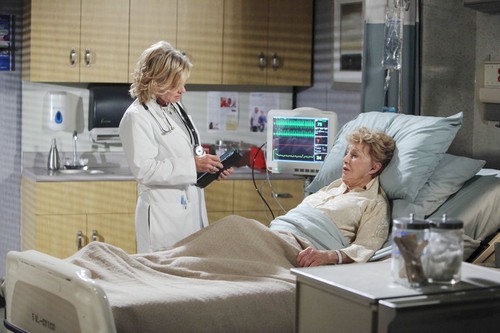 In the meantime, another Brady family member will need serious help. Caroline’s (Peggy McCay) mental health is rapidly declining and they need to work quickly. Kayla (Mary Beth Evans) doesn’t think there’s much they can do, but Victor (John Aniston) is confident a new experimental drug will work.

Even if it doesn’t, Victor feels they have to at least try. DOOL spoilers say Roman (Josh Taylor) will hear about Victor’s plan and he’ll be on board with the idea as well. Stick with “Days of Our Lives” to see if they can talk Kayla into giving Caroline the treatment.

Across town, Rafe (Galen Gering) will be furious with his father for interfering with the investigation. Right after Paige’s (True O’Brien) funeral, Eduardo (A Martinez) spoke to the media and issued a $100,000 reward for information leading to the capture of Chad DiMera (Billy Flynn). Since Rafe already doubts that Chad is responsible for the murders, he’ll be outraged by Eduardo’s efforts.

This move will undoubtedly make Chad look guilty in the eyes of the public. Chad will be tried and convicted before he ever enters the courtroom if Eddie keeps pulling stunts like this. Fortunately, “Days of Our Lives” rumors hint that Chad will soon find a way to clear his name with the help of Stefano (Joseph Mascolo) and Andre (Thaao Penghlis). Stay tuned to the NBC soap for updates on the new developments in the case.

So “Days” fans, what do you think about Steve’s risky mission to find Bo? What difficulties will Steve run into? Will Kayla agree to use the experimental drug on Caroline? Will Rafe warn Eduardo to back off and butt out? Let us know what you think in the comments below and don’t forget to check CDL often for the latest “Days of Our Lives” spoilers, rumors, updates and news.